Heavy rain falling in eastern Australia has doused the bushfires but not the horrific memories of destruction. Australians must rethink how they build cities and prepare for a changing climate. “Cities have always been shaped by fire,” writes Elizabeth Farrelly for the Sydney Morning Herald, and she refers to the sturdy, stark architecture that followed the 1666 Great Fire of London that destroyed 70,000 homes. City planners must aim for designs that reduce sprawl, long commutes, energy use and traffic. “In a blink, Melbourne has gone from being the world’s most liveable city to ranking fifth on the global list of expected climate-stress, its water supply predicted to be just half of demand inside 30 years. Sydney has suffered prolonged smoke hazard, 10 times toxic levels. And Canberra, the pristine bush capital, entered the new decade with the world’s most poisonous air; 22 times the hazard level.” Poor planning and short-term goals contribute to toxic air and water, and Farrelly describes hazards of respiratory disease and heart conditions. Overdevelopment imposes costs on land, air and water quality, and she urges citizens to press for “dense, walkable cities alive with street life, urban agriculture, localised renewable energy and mutual respect.” – YaleGlobal

Read the article from Sydney Morning Herald about the need for cities to plan for climate change.

Elizabeth Farrelly is a Sydney-based columnist and author who holds a PhD in architecture and several international writing awards. She is a former editor and Sydney City Councilor. Her books include ‘Glenn Murcutt: Three Houses’, ‘Blubberland; the dangers of happiness’ and ‘Caro Was Here’, crime fiction for children (2014).

Read more about air quality from Bliss Air: “PM2.5 refers to atmospheric particulate matter (PM) that have a diameter of less than 2.5 micrometers.” Since they are so small and light, fine particles tend to stay longer in the air than heavier particles…. Owing to their minute size, particles smaller than 2.5 micrometers are able to bypass the nose and throat and penetrate deep into the lungs and some may even enter the circulatory system.” 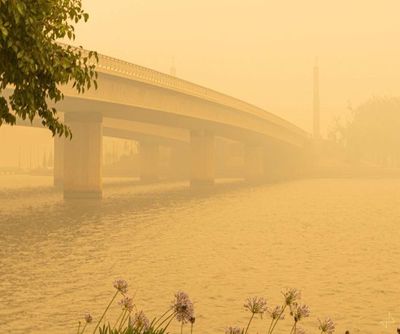 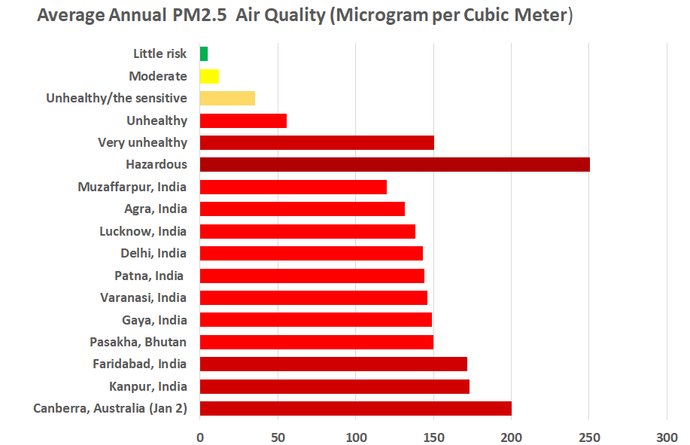