The Chinese government, under President Xi Jinping, has expanded its covert sphere of influence in countries like Australia. China relies on the substantial ethnic Chinese population and Chinese economic ties representing 24 percent of Australian imports and exports to push its agenda within Australia with a say on the nation’s foreign trade policy. Beijing has weaponized economics, and Chinese officials and businesses use their leverage against Australian businesses and politicians to win support. China and its supporters sue journalists and publishers, and fund pro-China research institutes. The Australian public is torn between sacrificing economic growth and stability and curbing Chinese influence. Australia is poised to be an excellent case study on the effect of Chinese influence in developed countries as their relationship enters a next chapter with the reelection of Prime Minister Scott Morrison. – YaleGlobal

China’s soft diplomacy takes on a hard edge in Australia as some Chinese Australians act in Beijing's interest – with both nations keen on economic growth
Damien Cave
Sunday, May 26, 2019

Read the article from the New York Times about Chinese influence in Australia.

Damien Cave is the bureau chief in Sydney, Australia. His previous foreign reporting includes postings in Mexico City, covering Mexico, Central America and the Caribbean, and in The Times’s Baghdad bureau from 2006 to 2007. 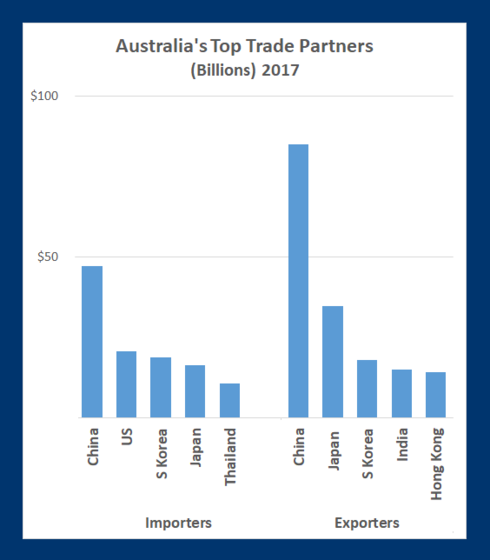 Australia Gets Money, China Gets Australia