Raising children is a long-term endeavor, and parents resist raising children in a disaster-prone setting. As researchers warn about the risks of climate change and journalists document extreme storms, wildfires and floods, people are increasingly wary about bringing children into this world and critical of politicians who take no action. Young adults once hesitated to speak out about such reproductive decisions, but US Congresswoman Alexandria Ocasio-Cortez articulated these concerns, and groups like BirthStrike on Facebook and Extinction Rebellion offer support to those worried about having children in the face of ecological crisis. The “aim is not to discourage people from having children, or to condemn those who have them already, but to communicate the urgency of the crisis,” suggests the group’s founder in a report by Elle Hunt for the Guardian. The group rejects extreme population control as a response and instead urges governments and individuals to strive for sustainability. Many assume that climate change and habitat destruction are inevitable. Yet even David Wallace-Wells, author of The Uninhabitable Earth, chose to be a parent with the hope that future generations will address the crisis. – YaleGlobal

A movement of women, irritated with political inaction, are deciding against procreation in response to climate change and anticipated civilization collapse
Elle Hunt
Tuesday, March 12, 2019

Read the article from the Guardian about young adults rejecting parenthood due to climate change.

Elle Hunt is a commissioning editor for Guardian G2. 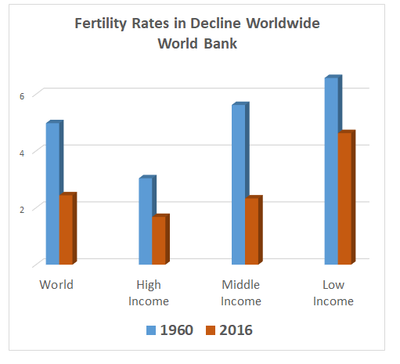 Read about The Uninhabitable Earth by David Wallace-Wells.