With the start of Brazil’s dry season, thousands of fires burn out of control, destroying large swaths of the Amazon rainforest. Brazil’s Jair Bolsonaro campaigned for the presidency on a pro-development, anti-environment platform. Farmers in one town planned a “day of fire,” eager to expand their farms. Brazil’s INPE showed a massive increase in deforestation over the past year, though Bolsonaro has called the claims lies and forced the top director to resign. “The images of huge patches of Earth’s largest tropical forest being reduced to charred ashes and blackened tree stumps have alarmed the world as the planet’s biggest carbon sink is transformed instead into a source of carbon emissions,” reports Jan Rocha for Climate News Network. “President Jair Bolsonaro, who has deliberately weakened public policies which were in place to protect the rainforest and punish illegal loggers and farmers, tried to blame NGOs and indigenous peoples for the fires…. evidence points to the fires, many inside protected areas and national parks, being deliberately started by land grabbers, ranchers and farmers, to claim the land, once cleared of forest, as theirs.” Bolsonaro and the farmers cannot hide the damage as images show ruined land and smoke billowing throughout the country. Bolsonaro’s extreme policies prompted donor nations to discontinue funding programs to protect the Amazon and that has reduced some communities’ ability to battle wildfires. – YaleGlobal

Read the article from Climate News Network about the fires burning out of control in Brazil’s Amazon, set by farmers.

Jan Rocha is a freelance journalist living in Brazil and is a former correspondent there for the BBC World Service and The Guardian. 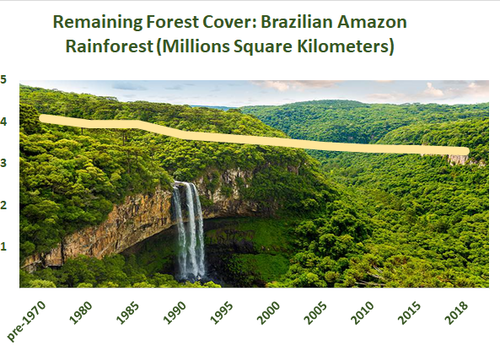 The Amazon Belongs to Everyone: Project Syndicate