Gillian Triggs served as president of the Australian Human Rights Commission for five years, vehemently defending the rights of indigenous people, asylum seekers and refugees. Indigenous people represent just over 3 percent of Australia’s population of 24 million, and the number of refugees and asylum-seekers in the country since 1977 represents about 1 percent. Leila Toiviainen reviews Speaking Up by Triggs and points out the book “underscores a contradiction for the world’s developed nations – ongoing disdain for both newcomers as well as the descendants of the original occupants of these wealthy lands.” Though leaders in Australia attacked Triggs for her insistence on protections for vulnerable populations, Triggs remains optimistic for a bill of rights for that country. – YaleGlobal

Nations have a responsibility to protect vulnerable populations including indigenous people and newcomers like refugees and immigrants
Monday, February 11, 2019 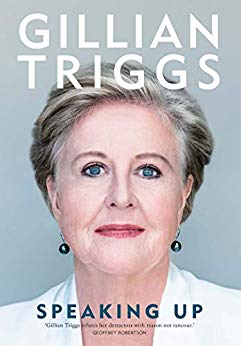 Gillian Triggs is an outspoken advocate for the rights of indigenous people, refugees and asylum seekers in Australia, and Speaking Up underscores a contradiction for the world’s developed nations – ongoing disdain for both newcomers as well as the descendants of the original occupants of these wealthy lands.

The book points to inconsistencies of how new arrivals to Australia are treated: “Asylum seekers arriving by sea without a visa are treated differently from those who overstay tourist or student visas, contrary to the Refugee Convention.” Scott Morrison, former immigration minister and now prime minister, directed his department staff to call asylum seeker “illegals” or “unlawful non-citizens.” Likewise, the government singles out indigenous people receiving welfare payments with a trial card: “The basics card looks and operates like a normal bank card, except it cannot be used to buy alcohol or gambling products, or to withdraw cash…. On its face, the cashless debit card applies to everyone receiving welfare. In fact, it is a racially discriminatory policy in those parts of Australia where it disproportionately affects indigenous Australians.”

After a career in international law, Triggs became president of the Australian Human Rights Commission in 2012. She held the post for five years despite attempts by the Australian government, particularly the attorney-general, to remove her because of her outspoken views on “Australian exceptionalism,” a term she used to describe the many ways Australia has not met its human rights obligations to the most vulnerable. Australia took a seat on the UN Human Rights Council in 2017. Speaking Up focuses on the commission’s work in relation to indigenous Australians, refugees and asylum seekers and issues of racial and sexual discrimination. The memoir identifies a Catholic upbringing and post-war experiences as the source of her passion for social justice. Triggs was born in London in 1945, just after the US dropped atomic bombs on Hiroshima and Nagasaki. Her parents had met when both were aged 17 while working as ambulance service volunteers in wartime London and she grew up observing refugees from Europe and BBC documentaries about American and British troops releasing prisoners from Bergen-Belsen and Auschwitz. In 1958, the family emigrated to Australia in pursuit of better educational opportunities for their children.

Five of the book’s ten chapters detail the distressing lack of human rights for indigenous people, refugees and asylum seekers. Triggs argues that the Australian government’s responses to the global refugee crisis have been exceptionally harsh, illegal and inhumane, despite only a small percentage of global applications lodged in Australia, one of the world’s wealthiest countries that could contribute much more to relieve the crisis. Australia’s mandatory immigration detention practices, introduced by a Labor government in 1992, have become harsher over time, labeled by legal experts as unreasonable and penal, comparing badly with procedures in Canada, United States, Britain, Europe and especially New Zealand. In Canada for the past five years, refugees have spent less than one month in detention while in Australia, the peak was 493 days in January 2017 and the May average was 443 days.

Indigenous people fare no better. The 2014 Human Rights Commission report to Parliament identified the lack of meaningful engagement with indigenous communities and resulting loss of dignity. Of great concern is the suicide rate of indigenous youth. During one week in January, four indigenous girls, two aged 15, the others 12 and 14, committed suicide. Triggs details examples of the indifference, incompetence and spiteful cruelty of guards and staff on Christmas Island. The facility closed in October 2018, but may reopen.

Treaties and laws protect indigenous rights. A key difference between Australia and other Western countries is that they have bills or charters of rights that can act as benchmarks on whether laws of all types, from anti-terrorism to environmental protection, are consistent with human rights obligations. For example, the Waitangi Treaty in New Zealand has protected the Maori people since 1840. In 2017, the indigenous people of Australia in their Uluru Statement from the Heart asked for a “Voice in Parliament.” The attorney general and the minister for indigenous affairs dismissed this as a demand for “a third chamber of parliament.”

The Australian government has a duty of care for vulnerable people. Triggs argues that all Australians have a responsibility to speak up for them. She mentions older Australians in passing. She refers to numerous works of fiction and scholarly texts that inspired her fight for social justice though readers may find it frustrating that the book has no bibliography and only a cursory index. As Triggs points out, activists can make a cogent argument for human rights only if they have the knowledge and skills to do so.

Triggs has been outspoken about these issues, and the Australian government treated her cruelly. Television viewers expressed shock at how some senators attacked her at the Senate Estimates Hearings. She acknowledges that these “committees are an important part of the democratic parliamentary process, designed to make transparent the workings of government departments and agencies.” Such a committee questioned her after publication of the 2015 report The Forgotten Children. As a result, the attorney general and prime minister declared that they had “no confidence” in her, an assessment she regarded as a “shocking condemnation… as a conservative lawyer of nearly fifty years of standing.”  She compares the interrogations to those conducted during the Joseph McCarthy era by the US House Un-American Activities Committee: “Some, if not most, senators use the opportunity in front of the cameras to ask questions as a means of attacking their political opponents…. The luckless public servant is merely a conduit for achieving political ends or personal aggrandizement.”

Also disturbing, some senators had not read her reports, and others were not aware of the doctrine of separation of powers. One senator suggested that Australia withdraw from the Refugee Convention and the Rome Statute for an International Criminal Court, bedrocks of international human rights law.

Despite her turbulent presidency, Triggs retains optimism for a Charter of Rights for Australia. The state of Victoria and the Australian Capital Territory already have such charters, and Queensland considers establishing one. She is encouraged by Australia becoming a signatory in 2017 of the Optional Protocol to the Convention against Torture, Inhuman or Degrading Treatment or Punishment and hopes that this will facilitate monitoring of all places of detention, possibly even care facilities for the aged and disabled.

Triggs, along with other government representatives, awaits determination of the International Criminal Court on crimes against humanity for Australia’s detention regime – with submissions filed by international lawyers, civil society groups and others. Triggs does not use the word compassion in describing her work, yet such concern should illuminate much-needed discussion about society’s moral duties to the less fortunate.

Leila Toiviainen grew up in Finland, trained as a nurse and midwife in England and received her PhD in philosophy from the University of Tasmania where she has worked for decades. For the past 25 years, she has been an editorial board member and contributor to the international journal Nursing Ethics and an active member of the Australian Association for Professional and Applied Ethics.

Australia and US to Swap Refugees

Refugees and the “Globalization of Indifference”

© 2019 YaleGlobal and the MacMillan Center at Yale