China Hits Back at US on Trade: Bloomberg

The trade war is not ending quickly and tensions grow after the US president announced a new round of tariffs as of September 1. China let the yuan tumble to seven per dollar, the lowest level since 2008. Donald Trump had accused China of currency manipulation, but China may be giving him a lesson in market forces - despite the risk for capital flight. China’s state-owned enterprises will also suspend agriculture purchases, targeting states that support Trump. Chinese media and the public express support for a tough stance and rejection of “any deal that either retains punitive tariffs or forces China to make concessions on issues like state-run enterprises that could weaken the party’s grip on power,” reports a team from Bloomberg. “The harder line underlines a growing feeling in Beijing that Trump can’t be trusted to cut a deal, and that China would be better off waiting to see if a Democratic presidential candidate – many of whom have criticized the use of tariffs – takes office." Of course, tariffs and election manipulation could backfire for either side. The only way to end the trade war is for one side, or both, to back down. – YaleGlobal

China Hits Back at US on Trade: Bloomberg

Read the article from Bloomberg about the latest shots in the US-China trade war. 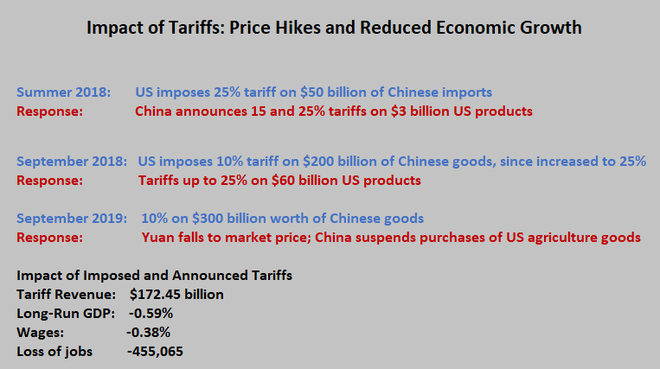