China's leadership believes strongly in the goal of a unified country - and for Beijing that means preventing Taiwan from declaring independence. For many Chinese, uniting with Taiwan is a matter of national pride. China scholar Michael Yahuda argues that pushing the issue politically or militarily would stimulate hostility abroad and cause an economic downturn at home, possibly leading to the demise of communist party rule. By keeping Taiwan low on its agenda, on the other hand, China could postpone dealing with the independence issue while soothing nationalist tensions on the mainland, especially within the military. Moreover, avoiding immediate confrontation with Taipei is key to preventing conflict with the US, which has pledged to intervene on Taiwan's behalf should the need arise. Constitutional reforms currently being proposed in Taiwan may threaten this passive course of action, Yahuda argues, but if China is to allay anxiety abroad and at home, it must focus more on appealing to Taiwan's people and less on coercion. - YaleGlobal

Beijing's obsession with Taiwan could damage its economic and diplomatic prospects, and even threaten Communist rule
Michael Yahuda
Wednesday, February 18, 2004 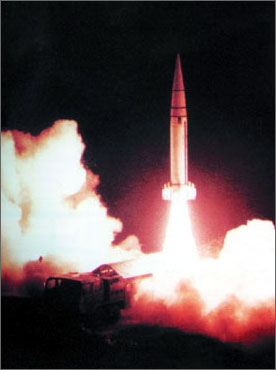 WASHINGTON: Beijing has turned the Taiwan issue into a huge obstacle to China's rise as a great power. The higher Taiwan moves up Beijing's political and foreign policy agenda, the more Beijing raises tension in the region and in relations with the United States. That tension could endanger China's main goal of economic growth and development. Investors would become more nervous, neighbours would be more wary, and increasing American involvement would be to the detriment of China. Moreover, nationalist passions would be roused in China by promoting expectations of unification that could not be easily achieved, if at all. The result could lead to the worst of both worlds for Beijing by stimulating hostility abroad and an economic downturn at home, possibly causing the demise of communist party rule.

But if China can keep Taiwan low on its agenda, it could prolong the separation of the island from the Mainland and avert objections raised at home by the nationalistically minded and especially by the military.

Indeed, the military has a vested interest in keeping the Taiwan issue very much alive. Since China faces no immediate military threats, it is the Taiwan issue that justifies the military's abundant claims on the national budget and its imports of high tech weaponry; the potential for confrontation with the United States over Taiwan ensures that America remains an enemy (at least from the perspective of the military). Moreover, American military superiority over the Chinese has forced the PLA to devise various forms of costly asymmetric warfare that might give it a chance of deterring the US in the limited confines of the Taiwan Strait. The Taiwan issue also assures the military it has an important voice in determining the ultimate national priorities of the country.

Perhaps in recognition of the complexities and attendant risks in pursuing a policy of demanding rapid unification, Beijing's leaders in recent years have placed the emphasis on the less ambitious and less risky policy of opposing any moves that might lead to the separation of the island from the Mainland. However, Beijing cannot control the agenda on Taiwan. As Taiwan has democratized, Beijing has found that the people there have become increasingly less enamoured with the prospect for unification. Moreover, now that the island is a democracy, its politics have become less predictable. Given the history of discord between oppressive Mainlanders and the majority of Taiwan's inhabitants well into the 1980s, it is not surprising that issues of identity should figure prominently in this nascent, vibrant, but troubled democracy.

Beijing has found that its proposed unification on the basis of 'one country two systems' has increasingly less appeal to people in Taiwan. Consequently, it has had to employ coercion to prevent what it sees as a slide towards separation. But this is a threat not only to Taiwan, but also to the United States, which has pledged to help Taiwan should the need arise. Since neither Washington nor Beijing favors a military confrontation over Taiwan at this point, Beijing finds itself in the peculiar position of relying on the United States to stop Taiwan from being 'provocative'. Since the US is formally committed to a 'one China policy' that discourages Taiwan from publicly declaring its independence, the question as to what short of that may be considered to be 'provocative' or as to what might be said to change the 'status quo', is a matter of opinion, rather than something that can be defined by law.

Thus Beijing's current objection to the referendum proposed by Taiwan's President Chen Shui-bian is that it may lead to an attempt to change the constitution in accordance with the wishes of the electorate as opposed to the existing one, which is based on the principle of Taiwan being an integral part of China. Arguably, that would change the basis of sovereignty from the current one of the Republic of China, which at least conforms to the principle that Taiwan is politically part of China, to one in which the claim to sovereignty was based on the people of Taiwan alone. The process of democratization weakens Beijing's case, however, since it can be seen as an exercise of self-determination whereby legitimate political power is drawn from the people of Taiwan alone. Indeed, Beijing itself makes this very point in Hong Kong today by arguing that the democrats' claim for democracy is in fact a claim for full autonomy, i.e., for independence. Yet Beijing has been able to live, albeit uncomfortably, with the democratization of Taiwan without claiming that separation was at hand.

Beijing's belligerent course, coupled with its call to Washington to press Taiwan to desist, can hardly satisfy its own leaders. In effect, Beijing depends on the United States to prevent it from pursuing a policy it does not really want to pursue. The new leaders have indicated that they want to portray China's rise to great power status as a peaceful one, unlike that of Germany and Japan in an earlier period. But their stand over Taiwan threatens that goal. Regardless of the American response to China's continuing acquisition of advanced weaponry, the resulting power Bejing projects over Taiwan and adjoining waters will challenge China's neighbours too.

Beijing cannot be happy to be in a position where the political initiative is determined by the uncertainties of the Taiwanese electoral and democratic processes and mediated by Washington's sometimes inconsistent policies. Moreover, it is difficult to conceive of any government in Washington standing by if an authoritarian government in Beijing were to forcibly take over a democratic Taiwan - regardless of the assumed 'provocation.'

It would seem, therefore, that Beijing should be encouraged to reshape its Taiwan policy by paying more attention to making attractive offers to the people of Taiwan. If Beijing were to pay even half as much time and effort to that side of its policy as it does to the coercive side, it would ease much of the anxiety about China's future at home and abroad.

Michael Yahuda is Professor Emeritus of the London School of Economics and Visiting Scholar at the Sigur Center for Asian Studies of George Washington University.