Shaking Hollywood's previous stranglehold, the South Korean film industry has evolved to become one of the world's most successful examples of domestic cinema. Media scholar Christina Klein charts the rise of Korean film as a unique response to specific political, economic, and social circumstances. Boasting qualities that are at once evocative of Western styles and yet unique to Korean culture, the industry seems to have found a formula that works. Detractors have dubbed the industry "Copywood," equating its appropriation of Hollywood cinematic styles with a surrender of South Korean values. Klein instead suggests that the combination of indigenous and Western elements is a necessary part of the film medium's evolution, and further, may be the only way to ensure a successful domestic industry. – YaleGlobal

The South Korean film industry shows it can hold its own by combining local themes with Hollywood style
Christina Klein
Monday, October 11, 2004 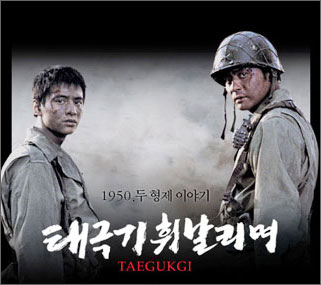 CAMBRIDGE, MASS.: Around the world, globalization is often seen as Americanization, with Hollywood blockbusters as the relentless agents of pernicious global change. The South Korean movie industry, however, has found ways to fight back. Its ability to reclaim its own domestic market holds lessons for other filmmakers interested in protecting their countries' distinctive cultures. What is South Korea's strategy? Using Hollywood's globally popular style to tell uniquely Korean stories.

From the 1970s through the early 1990s, the South Korean film industry was in sad shape. The spread of television led to falling attendance rates, and strict censorship kept controversial social and political ideas off the screen. Further, trade barriers designed to protect the industry encouraged the production of low-quality films. The apparent deathblow came in 1987, when Seoul, eager for a trade deal with the United States, lifted its ban on direct distribution of Hollywood films. As in so many other countries, the influx of Hollywood films caused the market share of local films to drop from a slim 27 percent in 1987 to a mere 16 percent in 1993.

A decade later the situation had changed – dramatically. In 2003, Korean films had a domestic market share of over 53 percent – one of the largest in the world – and Hollywood producers complained about difficulties in getting their films into Korean theaters. The boom began in 1999 when Kang Je-gyu's espionage thriller Shiri broke Titanic's record as the highest-grossing film in Korea's history. Since then, a local blockbuster has been the top earner every year but one. Local titles fill out the box office top ten, and Korea has seen a small but steady flow of more challenging art films. Attendance rates are rising, earnings are up, and exports more than quadrupled from 2000 to 2003.

The reasons for the boom are complex. The country's democratization and resultant easing of censorship were vital, as were changes in film financing and the creation of a nationwide distribution network for local films. Young directors and screenwriters, often educated in the West, took over the reins and began trying out fresh ideas. The government helped, too, by supporting the industry and preserving a screen quota that required theaters to show local films about 106 days per year.

While South Koreans take pride in the film industry's economic success, some critics think the cultural price has been too high. Disparaging the industry as "Copywood," they accuse Korean filmmakers of mimicking Hollywood so blindly that their films are no longer authentic expressions of South Korean culture or values. Kim Jin writes in the Korea Herald that "many Korean films being made these days no longer have anything to do with Korean ideas or sentiments. They may be better described as Hollywood movies featuring Korean faces and Korean food for the purposes of localization, barely a step above dubbing or inserting subtitles."

The Copywood accusation rings only partly true. South Korean filmmakers, eager to win back viewers who grew up with Hollywood, are indeed borrowing from the globally popular style. And their films do often look like Hollywood films, lending some credence to the familiar charge of cultural homogenization. But such borrowing does not lead inevitably to a loss of cultural identity.

Film is a mongrel art form, and to equate its cultural impurity with a lack of authenticity is to betray a certain ignorance of the medium's history. Throughout the 20th century, Asia's most successful film industries borrowed liberally from others while making movies that local viewers embraced as their own. Japanese filmmakers in the 1920s and1930s absorbed the classical Hollywood style, Hong Kong's Shaw Brothers studio in the 1950s modeled itself after the Hollywood studios, and Indian films today regularly appropriate Hollywood story lines and MTV dance moves. Hollywood itself is no exception: Its worldwide success has always depended on poaching talent and ideas from other industries.

Taken collectively, South Korean blockbusters of the past six years offer a profound exploration of the country's history, often voicing sentiments that have been suppressed for decades. With a distinctly Korean flair for melodrama, these movies chart the emotional landscape of national identity: They express what it has felt like to be South Korean over the past fifty years. A number of them, including Shiri, Joint Security Area, Silmido, and Taegukgi, explore the tragedy of the Korean War and the subsequent ideological fanaticism, exploitation, and desire for reconciliation with the North. Others, such as Spirit of Jeet Kune Do, reveal the violence that pervaded Korean society during the authoritarian 1970s, or, like Memories of Murder, subtly suggest the high social costs of South Korea's march toward economic growth.

The ever-rising attendance figures for these films suggest not only that multiplexing can benefit local films, but that South Koreans are eager to explore their national identity; in a country of about 48 million people, both Silmido and Taegukgi drew over 10 million viewers.

The best comparison for South Korea may be the film industries in China and Taiwan. Similar to South Korean directors today, China's Fifth Generation and Taiwan's New Wave directors used imported cinematic conventions to grapple with troubling aspects of their histories, including the Cultural Revolution and social dislocations caused by modernization. Unlike South Korean directors, who looked to Hollywood for tools to reach a mainstream local audience, Chinese and Taiwanese directors borrowed from the European art film and aimed their movies at international film festival and art-house viewers. They won many prizes, but also largely abandoned local audiences, effectively handing them over to a rapacious Hollywood. Today, Hollywood films control over 90 percent of Taiwan's market and about 60 percent of China's, and local filmmakers in both places are now scrambling to build commercially viable film industries. The movies that most appeal to Chinese viewers today, such as Zhang Yimou's and Feng Xiaogang's recent films, are ones that have turned away from the art cinema tradition.

The lesson of the South Korean boom is that it is possible for a nation to fend off Hollywood's challenge, revive its film industry, and grapple with its historical traumas at the same time – if it borrows from global Hollywood's stylebook. Bollywood directors have always known this, which is one reason (among many) why India has never been overrun by Hollywood: They are comfortable combining Janet Jackson-inspired dance moves with sober reflection on topics like communal violence. (In India, local films control over 90 percent of the domestic market.) Other film industries, once flattened by Hollywood, are learning this lesson now and reclaiming their viewers as a result. The Russian film industry scored a huge hit with Night Watch, a special-effects laden fantasy thriller, which outperformed all of this summer's Hollywood blockbusters. Thailand's Bang Rajan retells a famous episode in Thai history, with more than a nod to Braveheart. And, of course, Zhang Yimou's Hero deploys special effects and a slew of internationally known stars to tell the story of China's unification.

Is borrowing from Hollywood really a positive development for world cinema? Mixed results may be the best that can be hoped for right now. And any film industry that, like South Korea's, can put the squeeze on Hollywood while turning out a steady supply of high-quality entertainment and aesthetically innovative works can't be all bad.