Is Crisis of Capitalism a Crisis of Democracy? DW

Protests are breaking out worldwide: over corruption in Lebanon and Egypt, rising fuel prices and cuts in subsidies in Chile and Ecuador and France, sectarian power-sharing in Iraq and Lebanon, worries about housing prices and Chinese control in Hong Kong, separatist movement in Spain, and failure to enact climate-change regulations in the United States, United Kingdom, Germany, Austriaand New Zealand. Many blame globalization and rising inequality. Amid political polarization, young adults increasingly feel marginalized and cannot afford the housing, education, health care and vehicles that their societies can provide. “In our globalized time, in which the earth's resources are coming to an end, no global economy based on growth can survive long-term,” explains Alexander Görlach for Deutsche Welle. He describes entire regions of desolation and poverty, with the young returning home to live with parents rather than setting out to explore new destinations. “In constitutional democracies, the market economy and capitalism are driven by personal freedoms and are supposed to lead to independence and through education to prosperity. But this has come to a dead end.” He urges societies to tackle inequality and other root causes of problems or expect more protests and even conflict. – YaleGlobal

Is Crisis of Capitalism a Crisis of Democracy? DW

Protests flaring in Chile, Lebanon, Hong Kong, Iraq and more places around the world may have various triggers, but the dissatisfaction stems from inequality
Alexander Görlach
Tuesday, November 26, 2019

Alexander Görlach is a senior fellow with the Carnegie Council for Ethics in International Affairs and a senior research associate at the Cambridge Institute on Religion & International Studies. He has also held a number of scholarly and advisory positions at Harvard University. He holds doctorate degrees in comparative religion and linguistics and is a guest columnist for several publications, including The New York Times, Swiss daily Neue Zürcher Zeitung and business magazine Wirtschaftswoche. 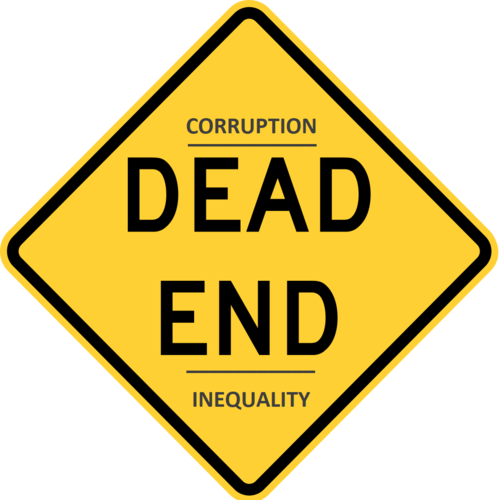