Public health providers have battled Ebola in the Democratic Republic of the Congo for a year, with cases also reported in Uganda and near Rwanda, and the World Health Organization has declared a global health emergency, the fifth such declaration in its history. A strategic plan to stem the outbreak could cost hundreds of millions of dollars. “The declaration, which critics have contended is long overdue, could increase the amount of funding and assistance other countries are willing to provide to the response effort,” reports Helen Branswell for STAT. “But if the experience of the West African Ebola outbreak of 2014-2016 is any indication, it could also lead to border closings, trade restrictions, cancellations of flights, and the suspension of visas to people from the DRC.” Such restrictions can harm economies, discourage caregiving and limit delivery of supplies. With more than 2500 cases, the outbreak is the second largest on record. Complicating the public health response: The Democratic Republic of the Congo is a conflict zone and some citizens blame outsiders for the disease, with attacks on treatment centers and at least seven public health responders killed since August 2018. – YaleGlobal

Read the article from STAT about the World Health Organization declaring a global public health emergency on Ebola in the Democratic Republic of Congo. 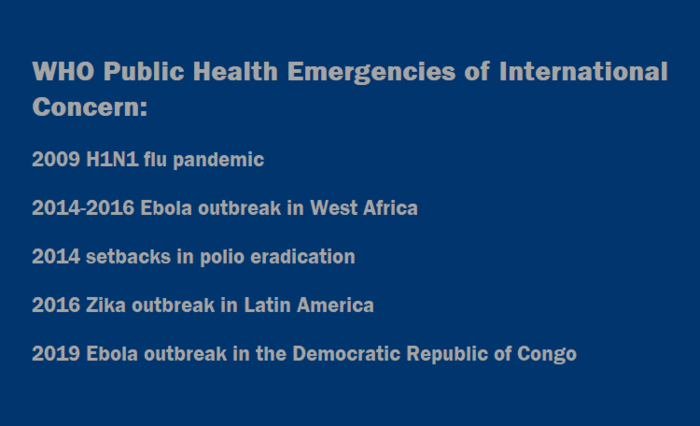 The Economics of Ebola