International aid for Afghanistan funds programs that strengthen democracy, while improving health and education systems. The young country, with a median population of 25 and a population of 35 million, struggles with poverty, extremism, political divisions and large numbers of children going uneducated. The World Bank estimated the per capita income at $560. “Human rights groups continue to denounce injustices across the country, and little accountability exists for perpetrators of violence against women and children,” explains Roya Mahboob in an opinion essay for the New York Times. She leads Digital Citizen Fund that put together an all-girl Afghan robotics team that struggled to enter a global competition and eventually won recognition. “As a reward for the Afghan Dreamers’ efforts advocating women’s participation in the fields of science, technology, engineering and mathematics, this year Afghanistan’s government donated a six-acre plot of land at Kabul University to the team. This is where the Afghan Dreamers Institute – based on a design provided by the Yale School of Architecture – will one day be located.” The MacMillan Center at Yale contributed to the school that will offer STEM studies with an emphasis on artificial intelligence and blockchain technology. Maboob concludes that such education programs allow children to dream, invent and contribute to their nation. – YaleGlobal

Read the article from the New York Times about international aid contributing to education programs in Afghanistan.

Roya Mahboob is an Afghan serial entrepreneur. She is the CEO and president of Digital Citizen Fund, a nonprofit devoted to helping girls and women in developing countries gain access to technology.

Also read “A Tech School for Dreamers” in Afghanistan from the MacMillan Center at Yale.

ForeignAssistance.gov describes and breaks down overall US aid:

“U.S. assistance to Afghanistan is designed to cement and build upon the gains of more than a dozen years of democratic governance and ensure the country remains a key ally to the United States and the region in the fight against international terrorism.” 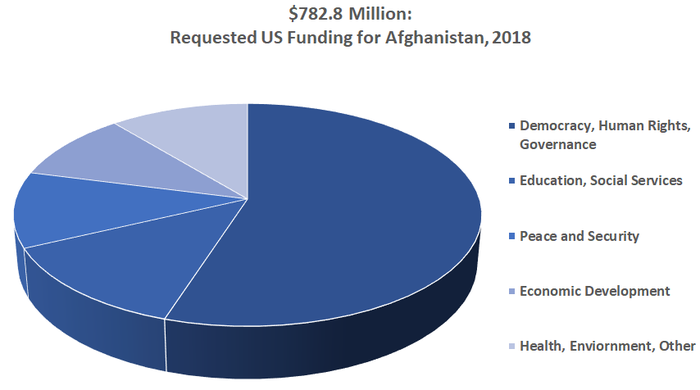 To Lift Afghan Women, Educate All