Technological advances in renewable energy are putting purveyors of fossil fuels on notice. For example, solar energy is advancing with improved site locations, molten salt and mirrors. Battery and electric vehicle technologies are also advancing, and such developments will impact global politics, suggests James Landale. “From that moment, much of the history of the 20th Century can be seen through countries' pursuit of hydrocarbons, from Adolf Hitler's attempts to secure the Baku oil fields to Saddam Hussein's invasion of Kuwait to last September's drone and missile attack on Saudi oil facilities,” he writes for BBC News. Shell planners suggest that global demand for oil could peak as early as 2025, and oil-producing countries that fail to diversify their economies can expect rising unemployment and unrest. Russia is among the biggest exporters of oil and gas, and Vladimir Putin has cited renewable energies as among the “main challenges and threats” to Russian economic security. New conflicts could emerge as countries rush to develop sources of lithium, cobalt and other minerals needed for the new technologies. Landale questions if reduced reliance on fossil fuels will subdue or aggravate economic, migration and terrorism trends. Much will depend on which renewable energies emerge and whether transmission and distribution of electricity is smooth. – YaleGlobal

Read the article from BBC News. 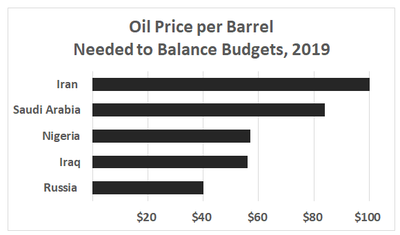 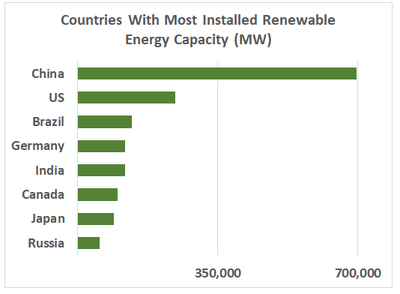 Renewables: Solar is the leading source of renewable energy for Japan, and other countries lead with hydropower (Source: International Renewable Energy Administration) 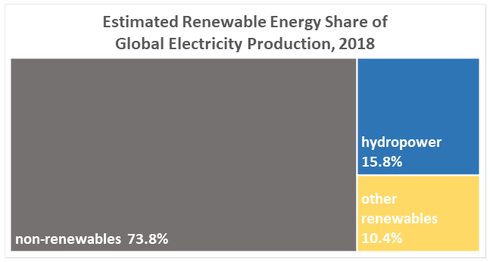 The New Math of Alternative Energy

Energy and the Military: Leading by Example