Fast, Freewheeling Globalization for All

Any attempts to analyze globalization must wrestle with its heady speed. Daniel Altman’s latest book, Connected: 24 Hours in the Global Economy, is one such effort. Altman, who also writes a column on managing globalization for the International Herald Tribune, uses a sample of events from a single day – June 15, 2005 – to analyze all manner of economic connections. He suggests that every person on the planet is a cog in a huge global economic machine. Susan Froetschel, assistant editor of YaleGlobal Online, points out that Altman’s organization and style force readers to confront the random nature of global connections – and to make their own decisions about which links work and which don’t. She also points out that Altman’s examples demonstrate that people, far from being passive cogs, face new choices every day on globalization and the direction in their own lives. – YaleGlobal

Fast, Freewheeling Globalization for All 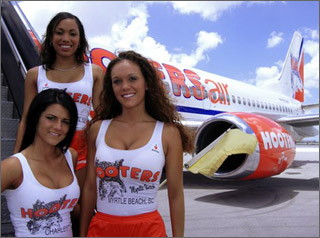 Innovation grounded: Too many inventions in the

NEW HAVEN: People have long tried to prevent, tame or use the process of growing interconnection known as globalization. Technology intensifies curiosity about other parts of the globe and the ability to interact with people of other lands. Most economists promise that globalization delivers benefits, so few players want to wait by the sidelines. More corporate CEOs, politicians, consumers, employers and investors all scramble to play on the global field.

But analyzing economic globalization has become harder as the process moves faster and in multiple directions.

International economics writer Daniel Altman tackles the challenge with a technique tried in the “A Day in the Life” series, in which scores of photographers fanned out to take snapshots on a single day, starting in Australia in 1981. In his book “Connected: 24 Hours in the Global Economy,” Altman has selected and examined trade deals, crimes, politics, goals and crises of a single day – June 15, 2005. He could perform this feat – being everywhere on the same day – through the magic of the internet.

In one way, technology’s pace makes a random day in 2005 seem like ancient history. In another, an ordinary Wednesday takes on new significance: Altman suggests that we are all cogs in a global machine and that we all matter. So readers can’t help but recall their own roles and how we might have influenced the world on that same day. More importantly, we can’t forget that every day offers a similar set of connections, any of which could present life-changing opportunity.

Most of us could take any ordinary day, log our global interactions – and be amazed at the long list of food, clothes and other products, along with notes or calls from clients or employers, offering information from around the world. Very few of us – embarked on our own never-ending personal prowl for comfort, opportunity or fulfillment – would scorn a good idea just because it came from some other part of the world.

The entire world has set out on this quest for connections, Altman argues. Each chapter starts with a specific question to guide readers’ thoughts: Do multinational companies bring progress or problems abroad? Can the US set the global economy’s rules? Can a poor country get rich too quickly? Short scenarios, hardly high profile in a global way, follow each question, mixed with some first-person reports and lessons in economics.

The unusual method for organization gives each chapter some measure of context and suspense, but offers little overall cohesion. From the start, Altman warns that readers must make their own decisions about globalization.

With the global economy speeding along, few people have the luxury or desire to ponder most of our daily connections. Like the organization of Altman’s book and writing style, most connections are fragmented and disjointed. Those who strive for profit in his book are brash, moving quickly and fearlessly, never looking back in a fast-changing world obsessed with money and wealth. Economic globalization, viewed primarily as a means for profit, can’t help but reinforce strong emotions among its shallowest supporters and critics. As a tool, globalization can promote all manner of products and ideas, foolish or groundbreaking.

Altman promises a guide for developing a way of thinking when it comes to the global economy. Most lessons are obvious: recognize that globalization is inevitable, take every advantage of speed, gather and categorize information, made hard decisions, hire people who work hard and innovate, never stop thinking of what the world will want or need over the next decade or so.

But the best advice emerges indirectly, because the global economy creates numerous winners and losers, and even the savviest of players can fall into either camp. Every participant must constantly decide when to copy or when to differentiate; when to include a foreign phrase or two in a speech or letter, which can appear meticulous or cursory; when to plan ahead or pounce. Reactions to every such decision are as varied as an increasingly aware global audience.

Growth in the global economy depends on innovation. Altman devotes a chapter to the topic, but big-time innovation – inventions that lead to products like the automobile or computer – were not on the radar June 15, 2005. Too much of the book – again, like so much innovation in business and research – focuses less on science and more on financial wizardry that merely shuffles currency or old ideas around, reconfirming or adding marginal value.

Unfortunately, Altman’s chapter on innovation focuses on an idea hardly global in stature, proposed by three college students for a class competition. The young men proposed an airline, Hootair, that would rely on attractive, busty women to assist passengers and sent their idea along to Hooters, a US restaurant chain that relies on waitresses with similar attributes. Embracing the idea, Hooters started its own airline, Hooters Air, giving the students no credit or money, and Altman expresses some sympathy after the students filed a lawsuit.

Connections are dual-edged swords, and the growing numbers and intricacy can both prevent and spur global crisis. In a nonchalant way, Altman tosses out warnings about potential crises in a world with a herd mentality: Civil war could break out in Saudi Arabia over the world’s largest oil reserves; the US could struggle to repay its mounting debt; political revolution could sweep China. Fear can rapidly turn into rumors and self-fulfilling prophecies, corruption and ignorance can prompt disasters, and more often than not, crises end with many people losing money.

In the end, every individual gambles on tremendous uncertainty. Early in the book, Altman suggests that the label of globalization covers many economic forces – and “whatever else you care to place under the umbrella.” Not surprisingly, the few women in the book emphasize the soft-power connections of culture, art, political participation and relationships.

Many sling blame at globalization, economic or otherwise, for the world’s problems. But Altman proposes that employers, investors and consumers, especially those in the West, wield plenty of potential power for changing patterns in the world: Individual drivers can move close to work or work close to home. Consumers can – and some do – buy less, choose carefully and save more. Individual families can – and do – slow population growth. Governments, like the one in Bhutan, can shift focus away from security and fear to revering culture and happiness.

Better coordination among Altman’s scenarios and characters – more connections! – would have added to book’s value. In the end, the book resembles a talk show, with a series of entertaining guests who have no unifying theme other than they find themselves scrambling to compete and connect with other strangers around the world.

Millions of connections are made and only a few succeed in delivering profit, long-term relationships and happiness. People don’t have to be a bunch of cogs, moving in sync with a global engine. On any given day, we have far more control than we realize. In the end, Altman wisely concludes that connections initiated on a foundation of care – with some sense of greater good – offer the greatest potential for success.

Susan Froetschel is assistant editor of YaleGlobal Online. The book “Connected: 24 Hours in the Global Economy,” by Daniel Altman. was published by Farrar, Straus & Giroux, 2007. Click here to read more about the book.