The goal for the Doha Round of WTO talks is to ease trade for developing nations and eliminate poverty. But the 150 members of the WTO have failed to reach agreements that would lower barriers for small and developing nations. In the second of this two-part series about the WTO, MIT professor Balakrishnan Rajagopal describes the world as more divided than ever before, with relatively successful developing nations breaking ranks with their one-time partners. Former coalitions that once served as counterweights to powerful or rich nations have fallen apart, and fast-developing India, China and Brazil have done little to support the small developing nations that seek balance in trade relationships. Impoverished, landlocked nations in particular struggle to join the world economy, and thus ongoing trade imbalances make the elimination of poverty an elusive goal. Furthermore, discussions at WTO meetings fail to address the pressing problems of market access and domestic subsidies that trouble the fledgling industries of poor nations and make their poverty all the more intractable. With their fast-developing counterparts becoming more likely to align their interests with rich countries, the world's poorest nations can no longer rely on old alliances and must seek out new strategies to survive future negotiations and perhaps a weakened WTO. – YaleGlobal

Disunity in the ranks of the developing nations allows developed countries to maintain their trade barriers
Balakrishnan Rajagopal
Thursday, March 23, 2006 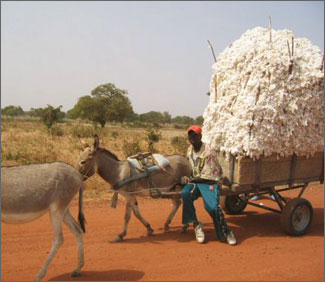 CAMBRIDGE: The failure of the recent World Trade Organization (WTO) ministerial in Hong Kong is bad news for developing countries, since the meeting made little progress toward making trade work for development. A more serious implication for the long-term future of a global trade regime, however, is the dissent the Hong Kong meeting revealed within the ranks of developing countries. The rich countries stonewalled on the most basic commitments to open their markets while lack of cohesion among the developing countries forced them to make steep concessions. The failure of the WTO meeting suggests that multilateralism, as we know it, is comatose, if not dead.

In older models of multilateralism, geopolitical cleavages – between communist East and capitalist West, wealthy North and poor South – were clear, enabling groups of countries to bargain with one another collectively, thereby increasing their leverage on particular issues. Multilateralism now resembles a bazaar of bargaining self-interests rather than politics.

Incoherence at the global level is a result of the collapse of the so-called Third World, or the South, as an entity. Even at the height of Third World politics at the UN, during the 1970s, there were deep divisions among developing countries. But divisions have deepened and assumed new forms. In particular, the Third World has become divided into roughly 30 major trading nations – including China, India, Brazil, South Africa and Thailand – with substantial populations benefiting from trade, and the rest consisting of small, landlocked or poor nations that are not integrated into the world economy. G-20, a coalition of medium and large developing countries, was formed during the last WTO meeting in Cancun through the leadership of Brazil, India and South Africa – the self-styled G-3 – and served as a substantial counterweight to the rich countries, especially on issues relating to agriculture. Due to extraordinary political pressure exerted by the US and others, the G-20 has now withered to become a G-12 or even less. The G-33 is another grouping of developing countries led by Indonesia that has focused on issues such as special and differential treatment for the products of poor countries.

Members of these coalitions have increasing disparities in levels of development. Large continent-sized countries such as India, China and Brazil have huge economies and a leadership position in sectors such as agriculture or textiles. Such nations play along with the Third World coalition so long as it suits their interests.

Exacerbating this shift was the establishment of a special negotiating group consisting of the EU, the US, Australia, Brazil and India, which took over finalizing draft text on the package of agreements containing the WTO General Council’s decision on how to carry forward the agenda from the Cancun meeting in July 2004 and played a strong role in smoothing disagreements in Hong Kong. Including India and Brazil in the group was a brilliant ploy by the West to divide the Third World by removing two key leaders from the Third World G-20 coalition in Cancun. Outside of these emerging differences, the Third World coalition seems united only by the historical continuity of belonging to the same coalition since the 1970s, the prevalence of a high poverty rates and perhaps a sense of moral entitlement born from years of colonial or foreign rule.

In Hong Kong, the rich countries – especially the EU – refused to cut most subsidies for agriculture, which are largely domestic. The ostensible agreement by the EU to reduce export subsidies by 2013 is not a concession but a legal obligation that the EU has tried to postpone. Domestic subsidies and market access, much bigger issues for developing countries, were not even touched. The rich countries also refused full market access to the exports of poor countries, such as textiles, and chose to protect their domestic industries – a privilege denied to developing countries.

On top of this, the rich countries extracted serious concessions from developing countries. The developing countries were forced to agree to harsh tariff reductions and free trade obligations in non-agricultural products, for example, fisheries. This agreement also threatens to eliminate all so-called non-tariff barriers, including measures for environmental protection or community development, and compels developing countries to negotiate trade in services – an area in which developing countries are particularly vulnerable – from a position of weakness. Taken together, these measures pose the danger of further de-industrializing and impoverishing the South.

The forced agreement on services serves as an example of the collapse of traditional multilateralism. Leaders of developing country coalitions such as India or Brazil deserted traditional roles and, instead, acted like agents of rich countries using their diplomatic and political capital to persuade other developing countries to agree to the final draft declaration.

The reality is that the interests of small and large, trading and non-trading, developing countries do not coincide anymore, if they ever did. For many smaller countries, especially in Africa, negotiating market access to commodities, such as cotton, is difficult, entangled with larger issues of domestic subsidies by the rich countries to their farmers.

The WTO no longer represents poor or developing nations. Its rules force Third World countries to rush headlong into the global economy. Local firms and farmers are unprepared for global competition, and their governments cannot assist them, confronting restrictions that rich countries never faced during their early stages of growth. WTO procedures, among the most undemocratic in world politics, make a mockery of the principle of equality of states.

The Cancun meeting in 2003, which also failed, had at least one redeeming feature: the global civil society played a positive role by helping small developing countries to prepare for negotiations with large western countries especially in the areas of agriculture. At other times, such as in Seattle in 1999, a global civil society forced the world to listen to the voices of the poor even at the cost of derailing the WTO meeting itself. Politics from the street have irrevocably altered the traditional statist politics of global trade negotiations.

However, this alliance of states and civil society has proved to be short-lived. During the Hong Kong meeting, street protest tactics failed to be effective, partly because they were so dominated by angry South Korean farmers and not by a global coalition as at the Seattle and Cancun meetings.

In the end, the Hong Kong meeting has shown that traditional forms of international politics have vanished. Radical thinking is required to develop new strategies and building new alliances rather than relying on outmoded statist alliances. Civil society will continue to play a key role in these alliances, within and across the rich-poor global divide. The sooner that poor regions, nations and civil societies realize this new reality, the sooner they can learn how to survive, especially during future WTO negotiations. This is particularly true for smaller countries that can benefit from tactical alliances with civil society. Relying on a few major developing countries such as Brazil and India to negotiate for the entire developing world has risks, as the Hong Kong meeting revealed.

Balakrishnan Rajagopal is the Ford International Associate Professor of Law and Development and director of the Program on Human Rights and Justice at the Massachusetts Institute of Technology. He is the author of “International Law from Below: Development, Social Movements and Third World Resistance,” published by Cambridge University Press in 2003, and in Spanish in 2005.

© 2006 the Yale Center for the Study of Globalization