The world has more than 110,000 confirmed cases of COVID-19 and nations impose more restrictions to contain the spread, which also slows spending and hurts businesses. “Italy began one of the largest-ever attempts to restrict the movement of people in a Western democracy, with a lockdown of the country’s northern region affecting about 16 million people and fueling questions about whether citizens would comply with the restrictions,” reports the New York Times. Saudi Arabia and other countries increasingly restrict air travel. Oil prices plunged after Russia refused to go along with more oil production cuts as urged by OPEC. The challenge has triggered political animosity in the United States as the administration blasts “political weaponization” and opponents criticize the response and mixed messages. China reports success in containing the virus, with gradual reopening of schools and businesses. Testing capability varies among nations, which influences the respective number of confirmed cases. Officials urge individuals to practice social distancing to avoid long plane travel and crowded places and, of course, to practice good hygiene and wash hands frequently. Markets plunged on Monday with a temporary stop to trading early for US markets before resuming, and bonds reach record lows. Oil prices have lost nearly a quarter of their value in futures markets. – YaleGlobal

Read the article from the New York Times about the spread of COVID-19 and how that impacts the economy. 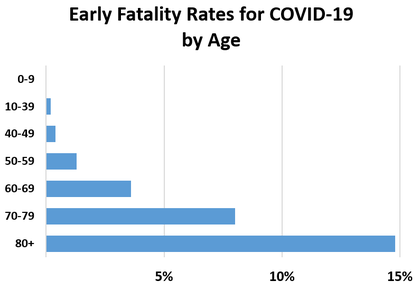 Early prognosis: The World Health Organization and China have released early fatality rates for COVID-19, and warn rates could vary among countries depending on government responses (Worldometers) 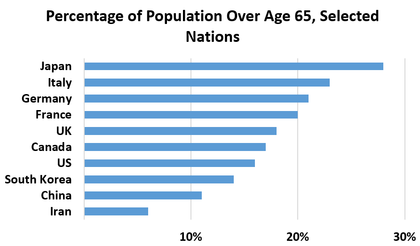 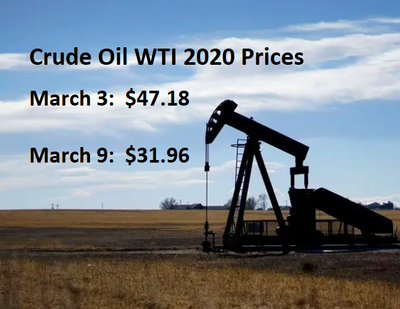 Oil prices are highly volatile after OPEC and non-OPEC producers failed to agree on production levels; the pressure on prices eased throughout the day  (Source: CNBC)