Senator Kamala Harris grilled William Barr, US attorney general, during the Senate Judiciary Committee about the Mueller report. Barr could not decisively answer yes or no if anyone at the White House had suggested he open an investigation into anyone. He admitted having discussions with White House staff about “matters out there” and used a series of negatives, suggesting those at the White House did not “ask” or “suggest” such investigations, before he concluded “I don’t know.” The Mueller report detailed 10 incidents of the president discouraging investigations, though Barr said he reached the conclusion “after reviewing the evidence” not to charge Donald Trump for obstruction of justice. Harris asked if Barr or his staff ahd personally reviewed the underlying evidence before reaching that conclusion, and Barr repeatedly said no, He added: "We accepted the statements in the report as factually accurate.” After the hearing, Harris urged Barr to resign. The Mueller report found that the "Russian government interfered in the 2016 presidential election in sweeping and systematic fashion." Separate from the hearing, former FBI Director James Comey wrote an essay explaining how people lacking inner strength struggle to resist the compromises required of working with a president like Trump. – YaleGlobal 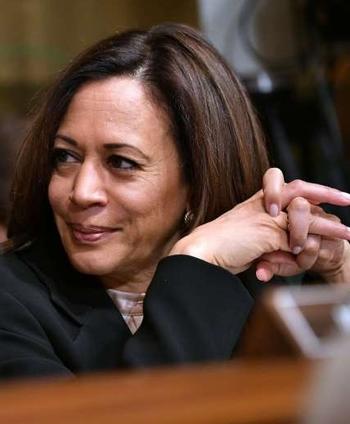 Filipa Ioannou is a producer at SFGATE, where she writes about an eclectic mix of topics ranging from politics to internet-famous animals to wellness trends. She is especially interested in the intersection of politics and culture, and in the fresh and irreverent angles on state and national politics that resonate locally and get people talking.

Read the letter from Special Counsel Robert Mueller expressing concern about Barr’s summary:  The summary letter “released to the public late in the afternoon of March 24 did not fully capture the context, ature, and substance of this Office’s work and conclusions.”

Read the essay, “How Trump Co-opts Leader Like Bill Barr,”  by former FBI Director James Comey, “” in the New York Times: “Amoral leaders have a way of revealing the character of those around them. Sometimes what they reveal is inspiring. For example, James Mattis, the former secretary of defense, resigned over principle, a concept so alien to Mr. Trump that it took days for the president to realize what had happened, before he could start lying about the man.

After the Mueller Report