A series of protests, including a moving candlelight vigil by mothers of young protesters, convinced Hong Kong’s chief executive to back off from swift imposition of a law allowing extradition of citizens to mainland China. “It was a remarkable reversal for [Carrie] Lam, the leader installed by Beijing in 2017, who had vowed to ensure the bill’s approval and tried to get it passed on an unusually short timetable, even as hundreds of thousands demonstrated against it this past week,” reports the New York Times. Lam emphasized that the bill was postponed rather than withdrawn, meaning the legislative process could resume at any time. Protest leaders, intent on retaining democracy and civil rights for Hong Kong, suggest that demonstrations will continue: “Underlying opposition to the extradition bill is a growing fear that the freedoms that people in Hong Kong enjoy under the “one country, two systems” policy, put in place when the former British colony was returned to China in 1997, are rapidly shrinking.” – YaleGlobal

Read the article from the New York Times about suspension of a law allowing extradition of arrested citizens in Hong Kong to mainland China. 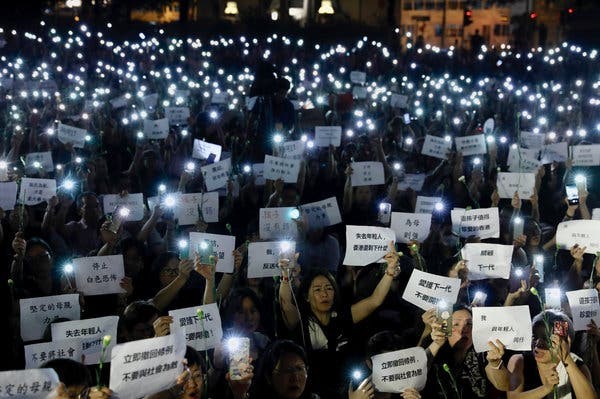 Alexandra Stevenson is a business correspondent based in Hong Kong covering Chinese corporate giants, the changing landscape for multinational companies and China’s growing economic and financial influence in Asia.