After more than three years of wrangling, Britain leaves the European Union with a transition period that ends this year. Most Europeans, weary of Brexit, hope to proceed with minimal disruptions. For many years, communities and families made plans based on a united European Union that included the United Kingdom, and the issue sharply divided the UK since a June 2026 referendum. In December 2019, voters handed a decisive win to Prime Minister Boris Johnson. “It will take at least a year – and possibly up to a decade – to negotiate a detailed trade deal to manage the future EU-U.K. relationship,” explains Ryan Heath for Politico. Top issues include fishing rights, trade and security protocol and many express concerns. Scotland and Northern Ireland could give up on the United Kingdom and try to return to the EU, especially if Britain embraces low taxes and minimal regulations to compete with the EU, as suggested by EU officials. He concludes, “Whatever the rhetoric from Downing Street, Brexit is inevitably the latest stage of Britain’s century-long withdrawal from its empire and global leadership ambitions.” – YaleGlobal

The EU says farewell to the UK, and hard negotiations begin on trade and other issues – though British citizens express weariness for debate
Ryan Heath
Friday, January 31, 2020

Read the article from Politico about the UK’s separation from the EU.

Ryan Heath is the author of Global Translations, a new Politico weekly newsletter. Sign up for the free newsletter. 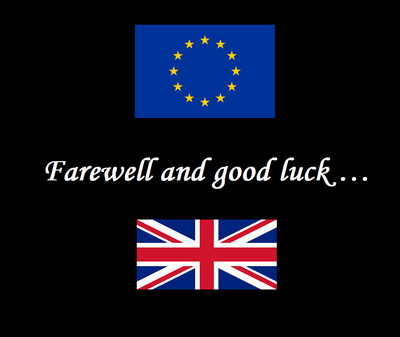