The European Union, the United States and Japan are proposing that the World Trade Organization enact new restrictions on industrial subsidies. Analysts see China as the target and suggest that foreign firms cannot compete in China with firms that receive the subsidies. “The three economies hope to win support for the proposal from a wide range of WTO members in the buildup to a ministerial meeting of the global trade governing body in June,” the article reports. The three trade officials describe the move as “constructive strategic collaboration” and suggest current WTO rules are not enough to tackle subsidies that distort trade and lead to closure of businesses in some countries. They propose “unconditionally prohibiting unlimited guarantees, subsidies to insolvent or ailing companies without credible restructuring plans and other market-distorting subsidies,” the article notes, adding that such subsidies are a key issue in the US-China trade dispute. The United States and China signed the first phase of a trade agreement today that could be the start to ending the trade war. – YaleGlobal

Read the article from Jiji Press about proposals for the WTO to restrict industrial subsidies.

Read about subsidies and countervailing measures from the WTO: “The WTO Agreement on Subsidies and Countervailing Measures disciplines the use of subsidies, and it regulates the actions countries can take to counter the effects of subsidies. Under the agreement, a country can use the WTO’s dispute-settlement procedure to seek the withdrawal of the subsidy or the removal of its adverse effects. Or the country can launch its own investigation and ultimately charge extra duty (“countervailing duty”) on subsidized imports that are found to be hurting domestic producers.” 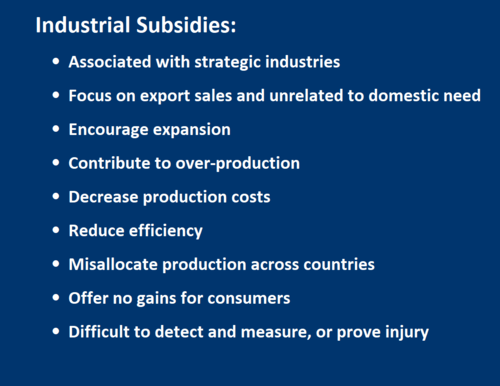 Read an article from Vox about phase one of a US-China trade deal. 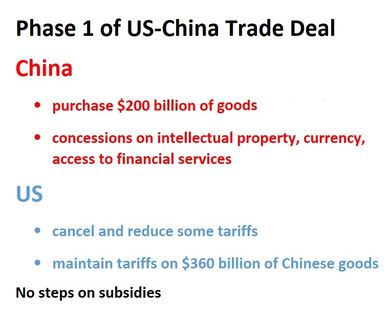 Act Now to Save the WTO