The Jihad and the West – Part I

Before defining or reacting to the word “jihad,” the meaning must be considered in its historical context. This two-part series debates the meaning and role of “jihad” in a modern global society. In Part I, sociologist Riaz Hassan cautions that any interpretation that dismisses jihad as merely a violent manifestation of religious fanaticism strips the term of its complexity. Throughout history, jihad has connoted the personal goal of the betterment of oneself, the nationalist goal of the glorification of a state, the theological struggle for the purification of Islam and the political struggle for the restructuring of society in an Islamic fashion. Recognizing the political, and therefore worldly, implications of jihad allows for the hope that resolution can come through dialogue and negotiation. Constructive dialogue, however, can only take place with the elimination of mutual oversimplification and misperception. – YaleGlobal

The Jihad and the West – Part I

Jihad is ultimately political action that can be influenced by dialogue and negotiations
Riaz Hassan
Thursday, September 21, 2006 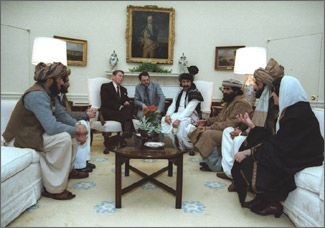 ADELAIDE: The need for a dialogue between Islam and the West has never been more acute than now, but Pope Benedict XVI’s recent description of Islam as “evil and inhuman” is clearly not the best approach. In his lecture on “Faith and Reason” at Regensburg University, the pope quoted the 14th century Byzantine Christian emperor Manuel II Palaeologus as saying, “Show me just what Mohammad brought was new, and there you will find things only evil and inhuman, such as his command to spread by sword the faith he preached.” Notwithstanding the Vatican’s statement that the pope meant no offense and, in fact, desired dialogue, in the eye of many Muslims his remarks only reinforced a false and biased view of Islam – not conducive to dialogue.

In his lecture the pope made several references to Islamic theology on the nature of God, reason and faith, but his passing reference to jihad presents the stereotypical Western view of the concept, which totally ignores extensive Islamic debates on the topic. The word “jihad” appears in more than 40 verses of the Koran with varying connotations. No single “reading” of the verses can claim primacy. It is surprising that a theologian of the pontiff’s stature sees jihad as an Islamic holy war in the Christian tradition. In Islamic theology, war is never holy: It is either justified or not, and if it is justified, then those who are killed are regarded as martyrs.

The meanings of “jihad” in Islamic history have been profoundly influenced by the prevailing social, political and material conditions. “Jihad,” in other words, is not a fixed category of Islamic thought, but has a complex and contested history that refracts changing understandings about the scope and meaning of worldly action. The meanings of “jihad” in Islamic jurisprudence have included, first, personal striving for achieving superior piety; second, justifications for early Arab conquests of non-Muslim land; third, struggle for Islamic authenticity; fourth, resistance against colonialism; and finally, now, the struggle against the perpetrators of, what sections of Islamists have labeled, “Muslim holocaust.”

For contemporary Islamists, jihad is neither simply a blind and bloody-minded scrabble for temporal power nor solely a door from which to pass from this life into the hereafter. It is, in fact, a political action in which the pursuit of immortality and martyrdom is inextricably linked to a profound endeavour in this world to establishing a just community on earth. It is a form of political action whose pursuit realizes God’s plan on earth and immortalizes human deeds in its pursuit. The penultimate focus of jihad is, Human beings must change so that they may change the world. From this perspective, jihad can be viewed as a revolutionary process with stages that proceed from the spiritual to the temporal realm of politics.

This interpretation is counter to the prevailing conceptions, primarily Western and like the one given by the pope, which view jihad in terms of destruction and suffering inflicted by religious fanatics on civilian populations. It is seen as a pure and simple expression of violent impulses born of religious conviction. Such interpretations ignore the political dimension of the action. In doing so, they also ignore the violence, genocide and coercion undertaken in the name of political convictions such as democracy, with the war in Iraq just one example. American sociologist Michael Mann has called this method of implementation “the dark side of democracy.”

Throughout history humans, inspired by faith, have undertaken action to gain for themselves and their group immortality. In this respect, the modern-day Muslim jihadists such as Al Qaeda, Islamic Jihad, Hizb ut-Tahrir al-Islami, Laskar-i-Taiba have much in common with the “constant warfare” waged by Puritan saints of the European Reformation. They fought their own natural inclinations to fulfill their visions of an ordered society and improve their chances for divine salvation. The Puritan Christians, by linking military action and politics to scripture, according to American philosopher Michael Walzer, were transformed into political revolutionaries, instruments of God for whom action in pursuit of the Holy Commonwealth on earth became the ultimate expression of faith.

The irony of modern jihadists is that the West contributed to building structures and institutional frameworks that sustained their Jihadist consciousness and these structures continue to exist to this day. In the 1980s, with the assistance of Western governments, jihadists were recruited from across the Muslim world, asked to support the people of Afghanistan in resisting the cruel and unjust occupation of the Russian “infidels.” President Reagan called them freedom fighters battling an evil empire, stating, “To watch the courageous Afghan freedom fighters battle modern arsenals with hand-held weapons is an inspiration to those who love freedom.” These jihadists have since turned into Frankenstein’s monsters, taking on the task of destroying their one-time sponsors.

After having won the war against the Russian “infidels” in Afghanistan, jihadists have turned their attention to the sufferings of their fellow Muslims in other “occupied” Muslim countries. My recent study of 6000 Muslim respondents in Indonesia, Malaysia, Pakistan, Iran, Turkey, Egypt and Kazakhstan suggests that this is a significant component of contemporary Islamic consciousness. For its strategic success, the US-led war on terror relies on the overwhelming economic and military superiority of the West, but its very asymmetry will likely continue to inspire the jihadists to improvise their own weapons and strategies. Thus the war on terror will go on in the foreseeable future.

To understand what is driving large sections of Islamist jihadi movements around the world would require an understanding of the political nature of their action. To portray jihadists as incarnations of evil and as “Islamic fascists” is counterproductive because it only reinforces the pervasive view in the Muslim world that the “war on terror” is a “war on Islam.” This acts as a powerful catalyst for the recruitment of potential jihadists. If war is the failure of politics, then it would seem that political action is a prerequisite to prevent war. Again in the course of my research on Islamic consciousness, I was struck especially in the Middle East by an all-pervasive sense of humiliation arising from the inability of the Arab countries to match the military and economic superiority of Israel. This sense of humiliation is a major underlying cause of Islamic militancy and terrorism.

The sense of humiliation is reinforced by the economic power and absolute technological superiority of the West vis-a-viz Muslim countries. For jihadists, their actions are not simply motivated by impulsive bloody-mindedness or by an overwhelming desire to book a comfortable place in the life hereafter. For them, their jihad is fundamentally a political action through which they pursue the establishment of a just society as ordained in the scriptures and in the process seek to immortalize their own actions beyond their own earthly lives. From this perspective, jihad is ultimately a this-worldly political action and, therefore, amenable to resolution through negotiations as equal citizens of a globalizing world. Such a dialogue and the negotiations it will entail would alleviate some, if not all, of the mutual suspicions between Islam and the West.

Riaz Hassan is ARC Australian Professorial Fellow at Flinders University, Adelaide, Australia. He is the author of “Faithlines: Muslim Conceptions of Islam and Society,” published in 2003 by Oxford University Press. His new book “Inside Muslim Minds: Understanding Islamic Consciousness” will be published this year.