Internet users value security. The internet security research group and Let's Encrypt issue certificates to internet websites assuring about security, but the organizations warn that 3 million will be revoked due to a flaw in the certificates’ security code, resulting in sites carry security warnings. Google has used the https ranking signal since 2014. “Digital certificates are basically small pieces of code created by using sophisticated mathematics that ensure that communication between devices or websites are sent in an encrypted manner, and are therefore secure,” explains Jane Wakefield for BBC News. “They play an essential role in keeping IT infrastructure up and running safely and are issued by certificate authorities, who electronically verify that the certificates are genuine. When issued, these certificates are given an expiration date of anything between a few months and several years.” Some websites report having received less than a few hours’ notice. Website holders and users worry about a decline in trust. – YaleGlobal

Some well-known websites could stop functioning properly on 4 March, after a bug was found in the digital certificates used to secure them
Jane Wakefield
Wednesday, March 4, 2020

Read the article from BBC News  about internet security certificates.

Jane Wakefield is a technology reporter for BBC News. 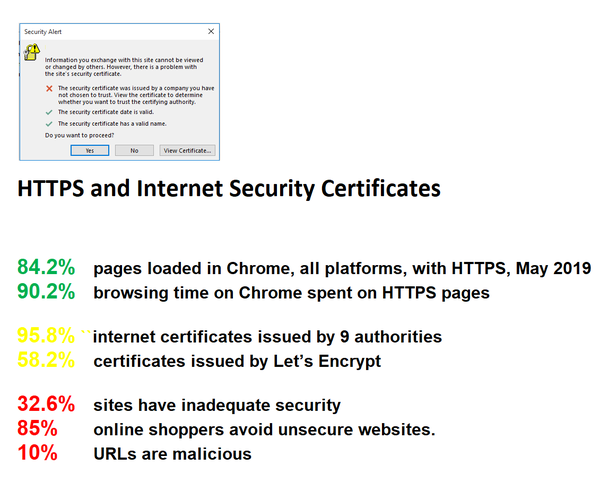