In the aftermath of his party’s convincing election victory, India’s Prime Minister Narendra Modi has tried to push the issue of decreasing inclusion and representation by the substantial Muslim minority to the spotlight. History shows that the rise of the right-wing Bharatiya Janata Party, or BJP, has led to increasing violence against Muslims in recent years. Muslim leaders do not trust Modi’s minority outreach, as his tenure has coincided with hate crimes against Muslims. More than 40 lynching deaths, most Muslims, during the past five years have gone unaddressed. Religious polarization has become a strategy of the Hindu nationalist BJP party that has embraced national security, invoking the impression of a rising Muslim threat to the Indian public. States with vulnerable Muslim populations like Assam and Kashmir are at risk of expulsion, with removal of safeguards and documentation on a religious basis. Despite actions suggesting notions of Hindu supremacy, Modi continues to be seen as a working-class hero due to his lower caste origins and humble beginnings. – YaleGlobal

Read the article from Al Jazeera about the effect of a  Bharatiya Janata Party win on Muslims.

Sudipto Mondal in an investigative journalist who reports mostly from South India on caste, communalism and corruption. He is writing a book on the death of the Dalit research scholar Rohith Vemula and the 25-year history of the organisation to which he belonged, the Ambedkar Students’ Association. 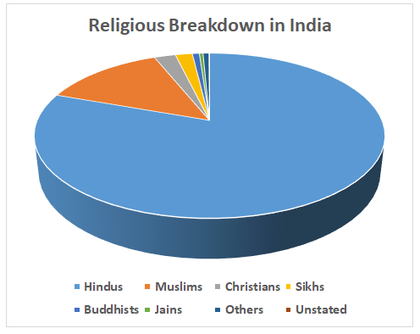 Modi could not have won with sweeping numbers if this report had any or some substance. Media in India needs to stop catering to those who fund their channels. If so called Lutyen's Media starts honest and realistic reporting, British colonial mindset of dividing India into minorities will soon be history and India will emerge as a strong nation free from divisive politics. Modi, being the visionary he is, will make this happen with his selfless service and mature leadership. Media needs to do its part.