Australia is the world's top coal exporter and the country also endures severe consequences of climate change with wildfires, drought and rising seas, according to its own government reports. Yet the prime minister proposes a law to limit free speech and block climate protests. “Prime Minister Scott Morrison is being transparently political in targeting climate groups like Extinction Rebellion in the hope he can tap into a resentment against activists who disrupt everyday life,” explains David Crowe for the Age. “But he is yet to prove he can act on his tough talk when his own side of politics is supposed to stand for individual liberty.” Such blatant targeting could stir more Australians to study up on the coal business to boycott products and avoid any lenders that finance coal production – or global activists may even avoid Australian tourism or products. Crowe suggests that the refusal of far-right politicians to acknowledge the threat of fossil fuels in the light of so much evidence – more than 90 percent of climate scientists agree that human reliance on fossil fuels contributes to global warming – is fueling a culture war. The prime minister opposes this "new breed of radical activism” and successfully divided liberals to pass a similar law in September banning so-called "farm invasions," or activism that opposes cruel treatment for farm animals. – YaleGlobal

Read the article from the Age.

David Crowe is chief political correspondent for the Age and the Sydney Morning Herald. 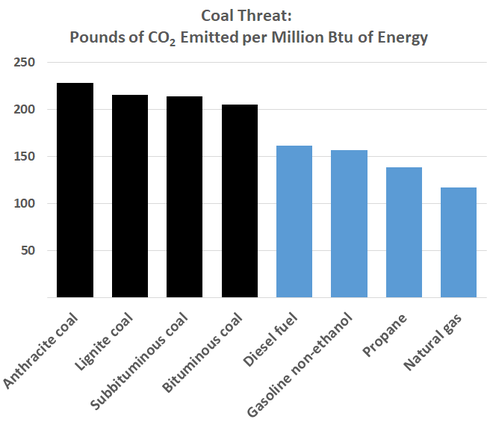 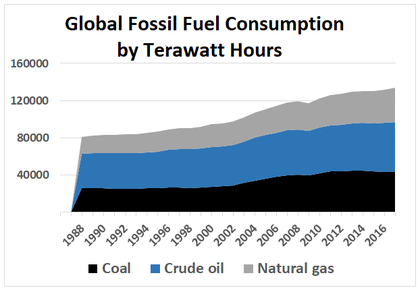 A terawatt hour is equal to an output of  1 trillion watts per hour - reliance on fossil fuels has climbed since the Intergovernmental Panel on Climate Change was established in 1988 (Source: Our World in Data) 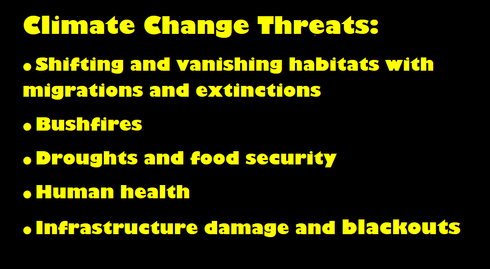 The Australian Academy of Science reports that climate change is underway with “warming temperatures and increases in the number, duration and severity of heatwaves.”  Also, “The impacts of climate change often act to amplify other stresses. For example, many natural ecosystems are already subject to urban encroachment, fragmentation, deforestation, invasive species, introduced pathogens and pressure on water resources. Some societies suffer warfare and civil unrest, overpopulation, poverty and sinking land in high population river deltas. Multiple stresses do not simply add to each other in complex systems like these; rather, they cascade together in unexpected ways.”