Low and negative interest rates keep loans flowing. Europe tries to stimulate its economies with low rates, and some banks charge customers who keep large amounts in their accounts. Governments or individuals can take out an individual €1000 loan and repay only €995, while savers receive no interest at all, explains Uwe Hessler for Deutsche Welle. “A negative deposit rate is intended to encourage lenders to do something more useful with their money than park it with the ECB,” he writes. “It's also designed to help weaken the euro to provide some assistance to eurozone exporters, and, hopefully, spur prices at home by making imports more expensive.” The era of low rates began in 2008 with the global financial crisis and collapse of Lehman Brothers in the United States. Meanwhile, Europe still has tepid growth. Central bankers struggle to end the protection plan and blame the US-China trade war, aging populations, technological innovation and lack of worthwhile investment targets. Research from multiple sources finds that bank lending is weak in nations with negative rates, and project costs are high. Analysts suggest that Europe could have another decade of negative rates. – YaleGlobal 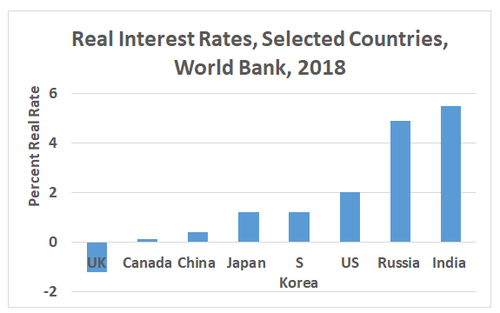 Does a Strong Currency Help, or a Weak One?