As China's industry continues to grow apace, so does its energy needs. In the next quarter-century, China is expected to account for more than one-fifth of growth in world energy demand. As Ziad Haider writes, Beijing's pursuit of fuel resources and safe supply routes may have implications for regional and global geopolitics. Considering competing Western energy demand – and, crucially, the needs of neighbor and economic rival, India – energy security is a priority for China. Wedged in the middle of Asian and Middle Eastern oil and gas fields, Pakistan with its proximity to vital sea lanes and possible pipelines to Central Asia has emerged an important player in this new great game. As Haider notes, India and China have, for the time being, avoided cut-throat competition: "Mindful of their colonial pasts and developing economies, both sides want to escape the Western-fabricated energy web and ensure growth and development in a stable environment." As expanding industrial sectors contend for limited resources, the diplomatic dance between the giants could alter Asian geopolitical landscape. – YaleGlobal 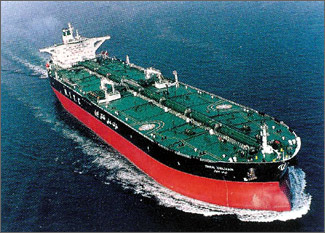 WASHINGTON: China's rise as a major economic player has left it scrambling for energy to power its economic engine. A net energy importer since 1993, China's globetrotting leaders and businessmen have been furiously signing oil and gas agreements in their quest for energy security. This reinforcement of existing ties and formulation of new alliances and arrangements could fundamentally alter the global geopolitical landscape, especially in South Asia.

China and Pakistan both have fought wars with India, but in the changing post-9/11 international environment and the mounting energy crisis, these relationships are in flux. China's fuel forays in the subcontinent reflect its global approach of reaffirming and revamping relations. In Pakistan, its ties are rooted in long-term geo-strategic considerations and transportation needs. Conversely, in dealing with India, they are exploration- and production-driven and have geo-political implications. How they shape up will have far-reaching consequences for the Pakistan-India-China triangle.

Rapid industrialization has helped propel China's growth, but prosperity has come at a price. Between 1980 and 2003, its economy grew at an average rate of 9.5 percent per year. Ravenous industrial and transportation sectors have sent domestic energy demand skyrocketing. Today, China is the world's second largest oil importer, with a third of its supply from abroad. The International Energy Agency predicts that China will account for over one-fifth of the growth in world energy demand in the next 25 years. Not surprisingly, energy is a crucial ingredient in China's recipe for long-term economic success.

Beijing's goal is to insulate itself from the ever-volatile international energy market; its strategy abroad revolves around securing diverse suppliers. The search for oil and gas brings with its significant side benefits, especially as China's energy majors enjoy Beijing's political and financial support and are instruments of foreign policy. Engaging in less profitable deals and with pariah states reaps two types of political dividends: consolidating relations for future collaboration and supplanting US influence.

Thus, one of Beijing's primary approaches involves acquiring stakes in exploration and production projects. In Iran, the Chinese state-owned oil group Sinopec acquired a 50 percent share in the Yadavaran oil field. Last year, it concluded a staggering US$70 billion deal to buy Iranian crude oil and natural gas over three decades. China also owns a 40 percent stake in the Greater Nile Petroleum Operating Company, the major consortium drilling in Sudan. Beijing has sent a US$6 billion advance payment for oil supplies to Rosfnest, the Russian company that bought Yuganskneftegas (the main Yukos production unit), and is mulling a 20 percent equity stake offer in Yuganskneftegas. Also, accords have been signed with Venezuela, the world's fifth largest oil exporter, to develop reserves. Meanwhile, the China National Offshore Oil Corporation (CNOOC) is considering a takeover of the United States' ninth-largest oil company, Unocal, primarily for its Asian assets.

In addition to increasing production opportunities, a second aspect of China's energy strategy involves ensuring reliable delivery networks, by building ports and pipelines. Delivery system partners include Kazakhstan, with whom China is constructing an oil pipeline; a gas pipeline may be next. Though eventually outbid by Tokyo, Beijing was also in talks with Russia over a Siberian oil pipeline.

Certainly new pipelines are important, but by 2025, nearly three-fourths of China's petroleum imports will traverse the Indian Ocean and the piracy-plagued Straits of Malacca – a virtual mandate for sea route diversification. This partially accounts for China's contribution of technical assistance, 450 workers, and 80 percent of funding for the construction of the Gwadar port in Baluchistan, Pakistan. Chinese officials have stated their interest in turning Gwadar into a transit terminal for Iranian and African crude oil imports. In the long-term, a pipeline or alternate land-based route from Gwadar could funnel crude imports to China's northwest Xinjiang region bordering Pakistan. A potential Chinese naval presence at Gwadar could also patrol the Indian Ocean sea-lanes, ensuring the security of shipments along existing routes.

Of course, Gwadar's success depends on stability in Baluchistan and Pakistan at large. Last May, three Chinese engineers were killed in a bomb attack at Gwadar. Their assassins were likely militant Baluchi nationalists who resent Islamabad's authority over the province. Beijing needs a tranquil Pakistan for future energy cooperation. And that tranquility depends not only on a stable Baluchistan province, but more importantly, on peaceful India-Pakistan relations. (In the 1971 war, India blockaded Pakistan's main port Karachi.)

China's ability to use Gwadar is also pegged to the broader Sino-Pakistan relationship. To consolidate this long-term strategic relationship, China has engaged in various development projects in Pakistan. For instance, Beijing has financed and constructed an array of power projects in Pakistan, including coal, nuclear, and hydropower ones. As Pakistan wrestles with its growing energy needs, such vital assistance will help ensure future Gwadar privileges for China.

Given India's history with China's ally Pakistan, the Sino-Indian energy relationship is naturally a much more complicated affair. China's energy "goals" vis-à-vis India involve competing for energy while remaining open to cooperative arrangements. India, which imports 70 percent of its oil, needs energy to meet its 7 to 8 percent growth rate and development targets. Indian Prime Minister Manmohan Singh has described energy security as "second only in our [India's] scheme of things to food security."

As India races to catch up, China's lead is clear. Last October, it outbid India's Oil and Natural Gas Corporation (ONGC) in an exploration deal in Angola, thanks to a healthy dose of bilateral aid. China holds a 50 percent share in Iran's Yadavaran field, while India holds a 20 percent share. In a Sudanese producing field, CNPC is the concession leader, while ONGC holds a one-fifth share. China has also snapped up exploration blocks in Myanmar.

Pragmatic recognition of this fact, as well as hopes for pan-Asian cooperation, has led India to forestall a cut-throat race for resources. In January, India hosted the first-ever meeting of oil ministers from the major Asian oil importers and Middle Eastern exporters. The conference endorsed India's call for an Asian oil market. The next month at the Third Asia Gas Buyer's Summit in New Delhi, India's Petroleum Minister Mani Shankar Aiyar called for a pan-Asian gas grid to end the "wretched Western dominance."

Aiyar's rhetoric has somewhat resonated with participants. Saudi Arabia assured that it is "capable and committed to meeting the petroleum needs of its Asian partners" and offered to co-host the second oil roundtable with Japan. Iran said that Asian producers should provide preferential energy rates to Asian customers and that long-term supply contracts were needed.

Both China and India have used these forums to reach out to one another. China's oil delegation leader stated, "We [China and India] have agreed not to compete with each other…We will be coordinating and cooperating with India and possibly joint bidding on a case by case basis."

Calls for transforming the Asian energy market have a genuine ring. Mindful of their colonial pasts and developing economies, both sides want to escape the Western-fabricated energy web and ensure growth and development in a stable environment. As Aiyar put it, "India and China don't have to go through fratricide in order to arrive at the conclusion that it is better to cooperate on energy security. Of course there will be competition where the market dictates." The idea of their joint-bidding and taking the lead on an Asian market may gain greater currency with time.

Whatever may eventually come out of these initiatives, the search for energy resources has put Asia's historic rivals on a whole new path – one that will certainly affect the global energy and geo-political scene.

Ziad Haider, ziad.haider@aya.yale.edu, is a research assistant in the South Asia program of the Henry L. Stimson Center, a Washington DC-based think tank.