Saudi-led OPEC and Russia and its allies, 24 nations in all, agreed to implement an additional collective oil production curb of 500,000 barrels a day, pushing the Brent crude price up by 1.2 percent. The original pact was to hold back about 1.2 million barrels per day. Some analysts express doubt about the new pact’s effect because based on some independent estimates, Saudi Arabia’s production is already less than the new quota. According to Saudi Arabia’s new oil minister, Prince Abdulaziz, the pact has three main goals: lifting the oil price to benefit the Aramco initial public stock offering; convincing other OPEC members to stand with Saudi Arabia; and demonstrating Saudi leadership over OPEC to Russia. The prince’s style is more detached than that of his predecessor, reports a team of writers for the Wall Street Journal, and he “warned countries that weren’t adhering to the current output agreement that the kingdom could stop its overcompliance efforts if they continue to cheat, according to delegates.” – YaleGlobal

Read the article from the Wall Street Journal about OPEC and non-OPEC nations negotiating production cuts.

Benoit Faucon covers OPEC and the oil industries of Iran, Libya, Nigeria and Algeria. He has also strayed into investigative stories such as pharmaceutical counterfeits, money laundering or terror finance.

David Hodari is a reporter for The Wall Street Journal. 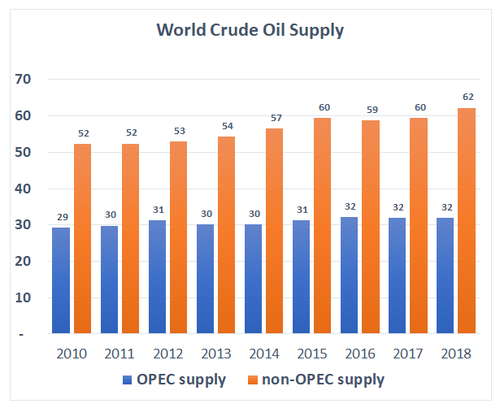