Accurate weather forecasting saves countless lives and prevents property damage. The agriculture, defense, transportation, energy, travel and other industries rely on accurate forecasts and an expensive infrastructure of observational equipment, supercomputers and models, and researchers. Also, the National Weather Service and National Oceanic and Atmospheric Administration contribute to global forecasting efforts. So, an ongoing spat over a mistake by the US president – relying on a dated forecast to suggest that Alabama was in the path of Hurricane Dorian, followed by reports of pressure from the US Secretary of Commerce on agency heads to admonish forecasters who issued a correction – is a serious matter. “Even a hint that a forecast or warning was influenced by politics would undermine the public’s trust and the ability to respond quickly and effectively under potentially life-threatening conditions,” write three former heads of NOAA under previous administrations for the Washington Post. “If political appointees overrule trained scientists, imposing political concerns on scientific matters, they endanger public safety as well as the credibility and morale of the agency charged with protecting that safety.” The disagreement raises alarms about White House communications during an emergency. As the former administrators note, “Weather forecasting should never be political.” – YaleGlobal

Read the essay from the Washington Post from three former administrators of the National Oceanic and Atmospheric Administration, warning about the dangers of politicalization of weather forecasts. 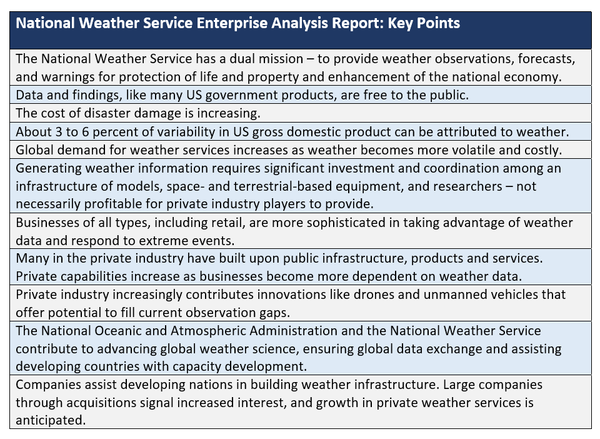 Stratfor: Changing the Scientific Climate in the United States

CNET: China's Supercomputers Race Past US to World Dominance