Polluting Firms to Be “Hit by Climate Policies”: BBC

Climate researchers overwhelmingly agree that carbon emissions are increasing global temperatures and contributing to worsening storms and rising seas. Most nations rallied around reducing carbon emissions with the Paris Accord in 2015. All levels of government are imposing policies aiming to reduce carbon emissions. As a result, carbon-intensive firms could lose 43 percent of their value and value of progressive firms could rise by 33 percent, according to a study by Vivid Economics, commissioned by the UN-backed Principles for Responsible Investment, reports Roger Harrabin for BBC News. Many companies are trying to prepare and diversify energy supplies. The report echoes warnings from a Bank of England governor who suggested firms that don’t prepare could go bankrupt. “Already some insurance firms are refusing to offer cover to new coal-fired power stations because the risk of policy change is so great,” Harrabin reports. Markets may be underestimating and underpricing the costs of climate change and the transition away from fossil fuels. – YaleGlobal

Polluting Firms to Be “Hit by Climate Policies”: BBC

Policies designed to combat climate change could reduce the value of carbon-intensive firms by more than 40 percent of their value
Roger Harrabin
Wednesday, December 11, 2019

Read the article from BBC News  about a report that forecasts government policies on climate change, creating winners and losers among businesses. 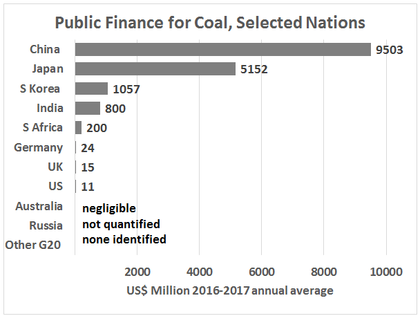