The United States and South Korea have postponed military drills planned for late November. This action was not a concession, but “a good-faith effort” to promote peace in Korea Peninsula, according to Mark Esper, US defense secretary. Since the Singapore summit between President Donald Trump and North Korean leader Kim Jong Un in 2018, joint military drills have been scaled back, though smaller exercises were still conducted. But North Korea was not appeased, contending that the United States did not reciprocate Pyongyang’s decision to end nuclear and long-range missile tests. Although there are some possibilities to relieve tension, North Korea expresses dissatisfaction about the United Nations resolution criticizing its human rights record. Distrust arises as each party expects the counterparty to be the first to show take the first move, leading to a deadlock now. – YaleGlobal

US and South Korea attempt to save dialogue with North Korea by postponing military drills
Simon Denyer
Thursday, November 21, 2019

Read the article from the Washington Post about dialogue among North Korea, the United States and South Korea.

Simon Denyer is the Washington Post’s bureau chief in Tokyo, covering Japan and the Koreas. He is the author of “Rogue Elephant: Harnessing the Power of India’s Unruly Democracy,”, and the co-editor of “Foreign Correspondent: Fifty Years of Reporting South Asia.” 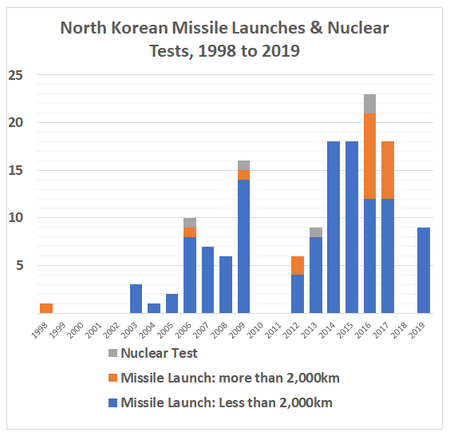