Citizens of Hong Kong express alarm about the erosion of freedoms since the United Kingdom handed control of the city to the People’s Republic of China in 1997. Hundreds of thousands of people, as many as a million, wore white and marched to protest a bill allowing criminal extradition to China. The protesters called for resignation of the city’s chief executive who supports the bill. The march was mostly peaceful with reports of the police using pepper spray and batons against the marchers. “The legislation, sponsored by Hong Kong’s current pro-Beijing government, would empower officials to decide, on a case-by-case basis, whether to extradite wanted criminal suspects to stand trial in China itself,” reports Eric Kleefeld for Vox. “Until 2047, Hong Kong is supposed to be able to govern itself under a policy known as ‘one country, two systems,’ meaning the while Hong Kong is under Chinese sovereignty, it is supposed to be able to retain its own political and legal systems.” Instead, the Chinese government limits self-rule by blocking opposition candidates and democracy movements. Citizens do not trust promises that the new law won’t be used for religious or political persecution. Hong Kong’s business community worries that foreign investment could decline. The government plans to proceed with the bill with some small changes. – YaleGlobal

Read the article from Vox  about protests in Hong Kong over a bill allowing extradition to China. 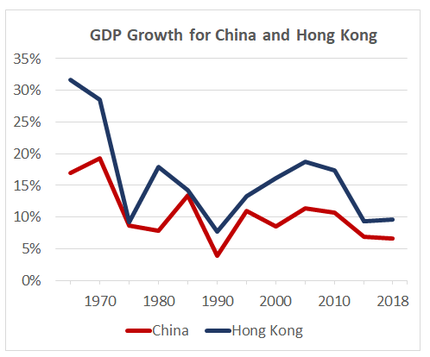 HONG KONGERS NEVER HAD Any DEMOCRACY EVEN BEFORE 1997 - while the “Congress” was controlled by UK. This is not the first bill The current gov “vote” for, but why only against this bill? Pls be smart and think