Robert Mueller testified before two congressional committees about the nearly two-year investigation he led on Russian interference in the 2016 US presidential election. Mueller was an unwilling player in partisan drama, and his responses did not stray far from the text of his 448-page report released in April. He defended the integrity of the investigation, explains YaleGlobal, and underscored how Russian efforts to interfere in elections continue today and could be embraced by other countries: “When asked if he was disturbed by Trump’s praise for the release of hacked emails by WikiLeaks during the campaign, Mueller was expressive and direct: ‘Well, problematic is an understatement in terms of what it displays, in terms of giving some hope, or some boost, to what is and should be illegal activity.’” Only Congress can take steps to remove a sitting president, and US legislators are deeply divided over whether Donald Trump’s behavior before and after the election is criminal or simply unusual and unethical. Mueller suggested that a president could be indicted after leaving office. – YaleGlobal

After testimony from Robert Mueller, US House of Representatives remains divided over how to handle attempts by hostile foreign powers to influence elections
Thursday, July 25, 2019 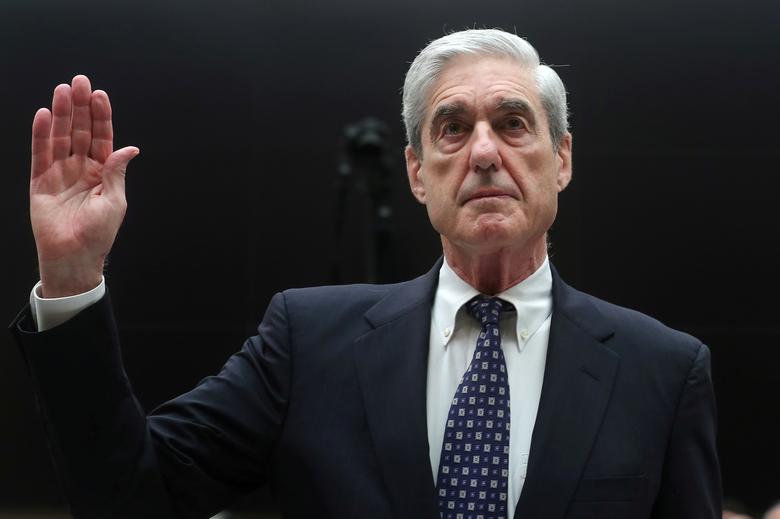 Robert Mueller testified before two congressional committees, Judiciary and Intelligence, and he reiterated an ominous warning from his report released in April on Russia’s ongoing attempts to influence elections: “It wasn’t a single attempt, they’re doing it as we sit here,” Mueller said. “And they expect to do it during the next campaign.”

As special counsel who led the investigation, Mueller emphasized that Russia interfered in the 2016 US presidential election in a systematic way, sowing partisan divide and anger, and did so on behalf of Donald Trump who narrowly won.

Representative Peter Welch of Vermont asked about new standards for US elections. “Have we established a new normal from this past campaign that is going to apply to future campaigns, so that if any one of us running for the US House – any candidate for the US Senate, any candidate for the presidency of the United States – aware that a hostile foreign power is trying to influence an election, has no duty to report that to the FBI or other authorities?”  Mueller responded: “I hope this is not the new normal, but I fear it is.” Hostile foreign powers are taking note, and every democracy should be vigilant.

Committee members were limited to five minutes, and their questions were rapid-fire. Mueller’s responses were terse, limited and cautious in a legal way – often couched with “generally,” “that is not how I would characterize it” or “I cannot speak to that.” At times, Mueller leaned forward, as if struggling to hear, asking committee members to repeat questions or cite the pages and passages from the 448-page report. Stoic and concise, Mueller was the polar opposite of the verbose president. Trump criticized Mueller's performance, but the Mueller report reveals the president's own written responses for the investigation were short, awkward and riddled with phrases like “I have no recollection,” “I do not remember” and “I do not recall.”

When asked if he was disturbed by Trump’s praise for the release of hacked emails by WikiLeaks during the campaign, Mueller was expressive and direct: “Well, problematic is an understatement in terms of what it displays, in terms of giving some hope, or some boost, to what is and should be illegal activity.”

Mueller’s five hours of testimony probably did not change many minds about whether to start impeachment proceedings against the US president. The House of Representatives, which must trigger the process, is divided into three camps: A minority of Democrats support launching impeachment proceedings. A majority of Democrats, including Speaker Nancy Pelosi, are in no hurry; they want congressional investigations to continue until solid evidence is in hand, for a sure case and no risk of failure. Republicans reject the lengthy investigations and staunchly defend the president, describing the evidence as inadequate while clinging to the fact that the investigators made no determination of wrongdoing. Devin Nunes, ranking minority member of the Intelligence Committee, described the Mueller hearing as the “last gasp of the Russia collusion conspiracy theory.” Democrats reiterated Mueller’s statement that the report did not exonerate the president, while Republicans maintain, under the American legal system, that the president is innocent until proven guilty.

A Republican member of the intelligence committee, Ken Buck of Colorado, posed a question that may have unnerved Trump: “Could you charge the president with a crime after he left office?” Mueller’s quickly responded, “Yes.” Trump sent out messages on Twitter throughout the day, indicating that what others describe as obstruction, he considers self-defense:  “So Democrats and others can illegally fabricate a crime, try pinning it on a very innocent President, and when he fights back against this illegal and treasonous attack on our Country, they call It Obstruction?”

Republicans continue to seem more intent on prioritizing looking into why the FBI began investigating Trump campaign officials over Russian interference in the first place. Many Republicans take their cues from the president, using descriptors like “hoax,” “spectacle,” “conspiracy” “witch hunt” and “political” to describe Democrats’ suspicions about the Trump administration – even though such assessments are in disconnect with the numerous indictments prompted by the Mueller investigation, including convictions for former campaign chairman Paul Manafort and national security advisor Michael Flynn. Mueller noted other investigations are still underway, and he defended the integrity of investigators.

“The story of the 2016 presidential election is also a story about disloyalty to country, about greed, and about lies,” suggested Adam Schiff, chairman of the House Intelligence Committee, in his opening statement. “Disloyalty to country. Those are strong words, but how else are we to describe a presidential campaign which did not inform the authorities of a foreign offer of dirt on their opponent, which did not publicly shun it, or turn it away, but which instead invited it, encouraged it, and made full use of it? “

Schiff conceded that Trump’s behavior may not be criminal, but he urged that the president of the United States be held to a higher ethical standard.

Trump spoke with media after Mueller concluded his testimony, noting “This has been a very bad thing for our country.” Most Democrats and Republicans may agree with that assessment, but not the president’s reasons.

Read a transcript of Robert S. Mueller III’s testimony before the House Judiciary Committee from the Washington Post.

Read a transcript of Robert S. Mueller III’s testimony before the House Intelligence Committee from the Washington Post.

After the Mueller Report