China has repeatedly harassed foreign ships in the South China Sea. “The harassment of the Liberian registered tanker the Green Aura by Chinese naval and coast guard elements off Scarborough Shoal has generated a huge amount of debate and discussion, especially with regard to the manner in which the Duterte administration attempted to sweep it under the rug,” reports Rappler. “The man of the hour, Captain Manolo Ebora justified his decision to stay his course in words that have since then been juxtaposed with the defeatist and servile ‘walang magagawa’ (can’t do anything) statement of Rodrigo Duterte against Chinese aggression.” Ebora, captain of the Green Aura and a Philippine Navy reservist, defied China, endures criticism for setting up a contrast to the weak official response. The Philippine national defense secretary urged China to respect international law, but Jose Custodia, writing for Rappler, argues response should have been tougher. China’s claims leave 12 nautical miles of territorial water for the Philippines, threatening the country’s security, maritime trade, commercial air traffic, and political and urban centers. Custodia urges the Duterte administration to spend more time mobilizing international support to apply pressure on China than targeting activists, which many analysts regard to be the greatest threat for the Philippines. – YaleGlobal 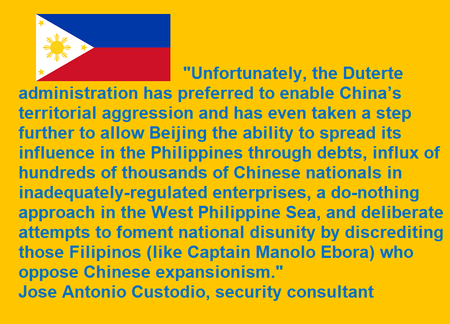 Read the article from Rappler about concerns in the Philippines about Chinese aggression in the South China Sea.

Jose Antonio Custodio is a security and defense consultant. He specializes in military history and has post-graduate studies in history from the University of the Philippines. He occasionally teaches history and political science in several universities in Metro Manila. 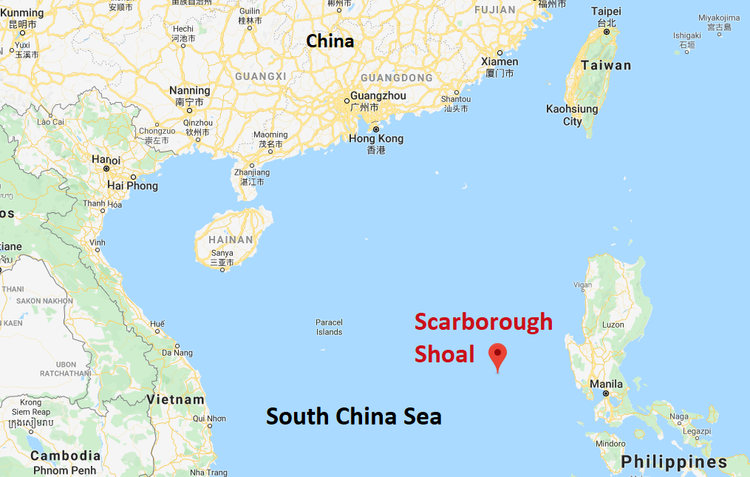 Copyright held by Rappler: “you will not steal the content of others or content from this site. Stealing, in this sense, refers to copying without listing the source you got your information or content from.”