Globalization has contributed both to spreading diseases quickly via travel and faster transportation systems and providing early warnings that lead to swift prevention mechanisms and treatments: “the rise of civilization – namely, the development of agriculture, animal husbandry and domesticated life – led to the growth of catastrophic illnesses such as smallpox, tuberculosis and polio,” writes Daniel Fernandez for Smithsonian magazine. A new exhibit “Outbreak: Epidemics in a Connected World” focuses on the globalization of disease and the connections among humans, animals and the environment. Infectious diseases – like Ebola in Sub-Saharan Africa, caused by handling infected animals, or Nipah in Southeast Asia that starts by eating raw date palm sap infected by fruit bats– know no national boundaries. The exhibit demonstrates how cures are developed by a combination of expert efforts combined with grassroots observations, alerts and solutions. Fernandez reports on how the museum’s collections assisted in research on the hantavirus that emerged in the Southwestern United States in 1993 – understanding how weather patterns influenced plant and rodent populations. Multiple health, conservation and wildlife organizations have adopted the theme: “one world, one health.” – YaleGlobal

A National Museum of Natural History exhibition explores how the world’s human, animal and plant populations are highly connected for both diseases and cures
Daniel Fernandez
Tuesday, June 5, 2018

Smithsonian:  In the Greek poet Hesiod’s Works and Days, the first humans “lived remote and free from ills, hard toil and heavy sickness.” There were neither maladies, nor misery, nor mayhem. But when Prometheus brought fire to man, he angered Zeus, and as punishment, the king of the gods sent Pandora down to Earth. When she opened that fateful jar from Olympus every imaginable woe poured out—and from that moment onward, “Diseases came upon men continually by day and by night, bringing mischief to mortals silently.”

There’s more than a grain of truth in the ancient fable. As modern anthropologists note, the rise of civilization—namely, the development of agriculture, animal husbandry and domesticated life—led to the growth of catastrophic illnesses such as smallpox, tuberculosis and polio. In the last 10,000 years, the human relationship to disease has changed in dramatic ways. Modern technology allows people to move around the globe further and faster than our ancestors could imagine.

Ebola: The Dark Side of Globalization

Heading Off a Bigger Ebola Catastrophe 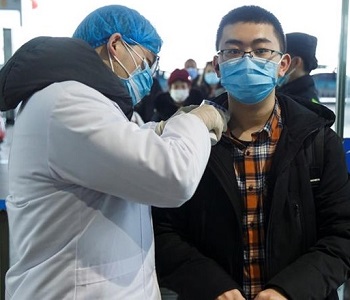 Ominous March of a Virus

The World Health Organization declared COVID-19 a global pandemic on 11 March 2020 with confirmed cases in more than 110 nations. The disease swiftly spread throughout the world.

Viruses can easily leapfrog to destinations round the globe with globalization of travel and trade. YaleGlobal began reporting on the new coronavirus on January 10, and with this special report, explores the impact of such diseases.

The outbreak of COVID-19 in China prompted global caution. As a coronavirus, the disease shares  symptoms with the common cold and SARS.

Symptoms include fever,  difficulty breathing and a dry cough, reports the World Health Organization. People may be sick for 1 to 14 days before displaying symptoms. Chest radiographs showing bilateral lung infiltrates. Some patients do not display severe symptoms and 80 percent recover without special treatment. People over age 65 and people of any age with compromised immune systems are especially vulnerable.

The World Health Organization offers advice:
● Clean hands often, using soap and water, or an alcohol-based hand sanitizer;
● When coughing and sneezing, cover mouth and nose with flexed elbow or tissue – throw tissue away immediately and wash hands;
● Avoid close contact with anyone with symptoms including a fever and dry cough, but understand that infected people who do not display symptoms can still spread the virus;
●Those with a fever, cough and difficulty breathing should seek medical care early and share travel history with health providers;
● In areas experiencing cases, avoid direct unprotected contact with live animals and surfaces in contact with animals, and clean hands frequently;
● Avoid consumption of undercooked cooked animal products, and handle raw meat, milk or animal organs with care  to avoid cross-contamination.

Individuals have tremendous control over the impact of COVID-19.

Communities can protect themselves and prevent the spread of COVID-19 by practicing social distancing: staying home, avoiding travel and crowded places, maintaining a distance of six feet, and practicing self-quarantine if exposed to anyone who tests positive, shows symptoms or reports a travel history to hot zones. People can wear masks, especially to protect others, while still practicing social-distancing.

Coronaviruses are transmitted between animals and people. Investigations suggested that SARS-CoV was transmitted from civet cats to humans and MERS-CoV from dromedary camels to humans. The source of COVID-19 had not been determined as of March 2020.

“Several known coronaviruses are circulating in animals that have not yet infected humans,” reports WHO. “A novel coronavirus (nCoV) is a new strain that has not been previously identified in humans.” By mid-February, the World Health Organization named the disease COVID-19.

US Centers for Disease Control

5 Points on the Coronavirus: Yale Medicine

What Everyone Can Do To Stop Covid-19: US CDC 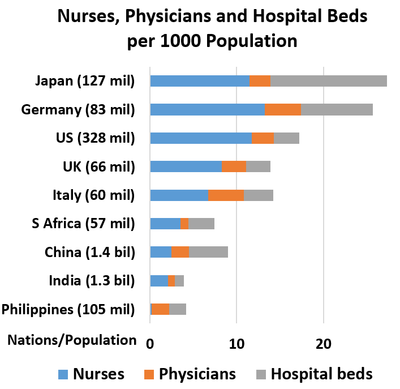 Nations vary on level of preparation, as well as staff and hospital beds.

The Johns Hopkins Center for Systems Science and Engineering site is the leading source for Covid-19 global reports. Early in the crisis, a young student quickly created a website tracking global cases. Major social media firms took steps to limit misinformation, prohibiting apps not linked with official health agencies. The reports are only as good as the data that governments release. 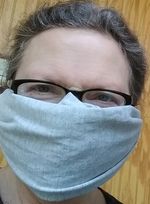 The Spread of a Coronavirus

Investigations showed that coronaviruses like the common cold and COVID-19 are  spread mainly through droplet transmission. For example, if an infected person coughs or sneezes , the expelled droplets, if inhaled, can infect another person. Another possible mode of transmission is simple contact with contaminated objects.

COVID-19 is especially treacherous because people with few or no symptoms can still shed the virus, spreading the disease to those who are more vulnerable.

Governments in East Asia encouraged citizens wearing masks, with some public distribution and keep infection and death rates low. The World Health Organization and the US Centers for Disease Control and Prevention intially discouraged healthy citizens from wearing masks, due to legitimate concerns about short supplies for health providers. The CDC reversed that decision on April 3 and encouraged people to wear homemade cloth masks. Some European nations require masks and others do not.

China took the unprecedented step of shutting down public transportation and cancelling activities in multiple cities. Italy soon followed with national measures including closed schools and bans on public gatherings through the start of April. By April, more than half the world’s people were under various lockdown orders.

Funding: Ounce of Prevention Worth a Pound of Cure

Public health experts strive to delay the spread of COVID-19 to protect the most vulnerable people, prevent hospitals and care facilities from becoming overwhelmed, and buy time for development of a vaccine and other treatments. The goal is called “flatten the curve.” 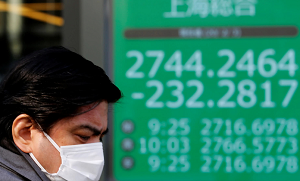 Pandemics have historically altered societies, and governments strive to address both the health and economic impacts of COVID-19. When the new disease emerged in late 2019, the pace of growth for large economies around the world had already slowed. “This is a supply shock – not a demand shock that can be rectified with monetary stimulus,” explains Stephen Roach, economist and senior fellow with the Jackson Institute of Global Affairs. Governments have little choice but to take drastic steps that stop economies – travel restrictions, store closures, bans on public gatherings and more. Many approve massive rescue packages to assist citizens and businesses struggling due to the abrupt halt to most economic activities.

Roach urges governments to avoid premature focus on restarting economic engines that could trigger a relapse. The shock of COVID-19 exposes the quest by government and corporate leaders for quantity in economic growth with too many compromises made on quality investment in infrastructure, public health, education and other systems that contribute to resilient societies.

Economist David Dapice urges governments to prepare carefully in reopening economies.  Governments and companies must examine balance sheets and debt levels, conducting swift cost-benefit analysis to determine which programs and jobs might survive. The medical and economic crisis will influence new behaviors and patterns around the world. Companies and individuals would be wise to build emergency stockpiles and savings to prepare for other inevitable crises of all types.

Recalling SARS and the 1918 Flu

Global public health officials strive to monitor the spread of any disease. The influenza of 1918-1919, which killed more than 20 million people, is never far from mind.

The speedy spread of a coronavirus from Wuhan, China, recalls the alarm associated with SARS. After the first reported death from SARS in Hong Kong, on March 4, 2003, the disease spread across the globe, affecting citizens in 18 countries. The epidemic lasted for about four months.

Seventeen years later, there is better reporting. On December 31, 2019, the World Health Organization raised alarm about pneumonia-like cases in Wuhan, and China began research and quarantines. The first known death was reported January 11 and initally associated with a market in Wuhan. Less than a month later, cases were confirmed in 12 nations, with most in China. More than 110 nations report confirmed cases by 11 March and before April affected 204 countries and territories. By April 21, the World Health Organization suggested that all evidence points to the virus emerging in an animal rather than a lab.

SARS did not cause nearly as many deaths as the flu, but new diseases spread rapidly due to the speed and intensification of globalization. In the early 20th century, people and troops traveling on trains and ships spread the flu, and a century later, affordable air travel and increased numbers of international passengers facilitated the movement of the coronaviruses across continents in a matter of days.

10,000 Animals to Be Culled as SARS Returns to China

The Smithsonian Institution (the “Smithsonian”) provides the content on this website (www.si.edu), other Smithsonian websites, and third-party sites on which it maintains a presence (“SI Websites”) in support of its mission for the “increase and diffusion of knowledge.” The Smithsonian invites visitors to use its online content for personal, educational and other non-commercial purposes.