India’s election concludes May 19 and social media could sway voters. With voters increasingly reading and sharing news on social media sties, candidates take no chance and participate. “While perhaps a bit more than a third of India’s population, and perhaps above 40% of its voters, use social media, there are no reliable studies of how frequently they use it for political news and views,” writes Shashi Tharoor for Project Syndicate. “There’s still no substitute for mass rallies, street-corner addresses, door-to-door canvassing, handshakes at marketplaces and busy junctions, and Jeep-top tours.” Facebook and WatsApp, allowing users to define interests and characteristics, are far more popular than Twitter in India. Some fervent supporters and campaigns rely on fake accounts, news reports and images. WhatsApp has taken steps, limiting users to forwarding message to five recipients and blocking those identified as spreading fake news. Social media encourages free and open debate, but voters must also be wary of political groups that use messages for purposes of manipulation. Such manipulation threatens democracy anywhere, and Tharoor concludes, “Once you have voted for the wrong people on the basis of false information, there is nothing you can do about it until the next election.” – YaleGlobal

Read the article from Project Syndicate about use of social media in India’s election. 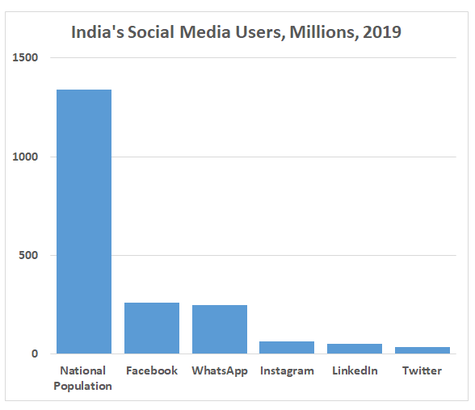