Far-right governments abruptly revise policies and eliminate rights for immigrants and religious minorities, leaving some stateless. The UN High Commissioner for Refugees estimates there are 10 million stateless people worldwide. India has stripped the state of Jammu and Kashmir of autonomy and special status, and similar disenfranchisement is underway for as many as 4 million Muslims in Assam. Assam has a history of ethnic conflict after the British encouraged Bengalis to work farms in the 19th century. In 1985, an accord was signed designating anyone who arrived after March 24, 1971, when Bangladesh declared independence, as a foreigner. In 2016, the Bharatiya Janata Party campaigned on publishing a national registration of citizens. A first draft suggests that many Muslims are not regarded as citizens in a process that “contradicts international norms where the burden of nationality determination lies with the state not the individual,” reports a team for the Diplomat. People have 120 days to produce documentation and appeal their cases, but critics fear lengthy and secretive procedures with confusion, discrimination and errors. The article points to similar problems for the Rohingya attacked and chased from Myanmar. “As the world’s largest democracy, India paints itself on the international stage as a supporter of international norms and rule of law,” the essay concludes. “But such talk is shallow if India is not held accountable for its actions.” – YaleGlobal

No one should be left without a country in the modern world: A national citizen registration process in India could leave 4 million Muslims in Assam stateless
Rudabeh Shahid, Champa Patel and Ravi Hemadri
Sunday, September 1, 2019

Read the article from the Diplomat about Muslims being left stateless in the the Indian state of Assam.

Rudabeh Shahid is an upcoming postdoctoral fellow at the University of York, Champa Patel is Head of Asia-Pacific at Chatham House and Ravi Hemadri is Executive Director, Development and Justice Initiative. 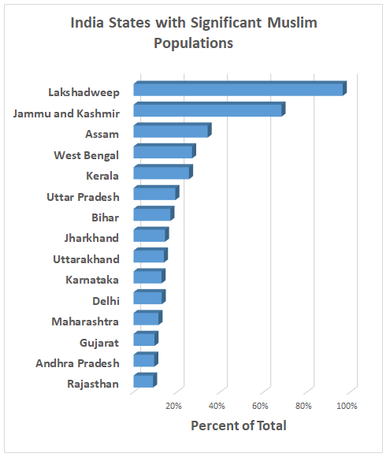 After the Kashmir Move: India-Pakistan Relations