Africa swine fever attacks domestic and wild pigs and causes severe economic losses. The disease emerged last year in China and has since spread to Mongolia, Vietnam, and North Korea. US and South Korean officials are in talks to assess how South Korea can provide food aid and prevent the disease’s spread. Seoul has urged cooperation and awaits response from North Korea. South Korea also requires US approval to deliver disinfection equipment to North Korea, currently under sanctions. There is hope that any breakthrough on food aid could also move denuclearization talks. “The South Korean government has pushed for directly providing food aid to the North for months, but failed to do so amid negative public sentiment over the matter,” reports Park Ji-won for the Korea Times. “Later, it changed to give food aid through international organizations such as the United Nations World Food Program and the Food and Agriculture Organization.” In a separate story, the Korea Times reported that the country approved a plan to send $8 million worth of humanitarian assistance to North Korea through international agencies. – YaleGlobal

Read the article from Korea Times about the US and South Korean response to an outbreak of African swine fever in North Korea.

Also read a separate article about South Korea’s approval of a plan to send $8 million worth of humanitarian assistance to North Korea through international agencies. 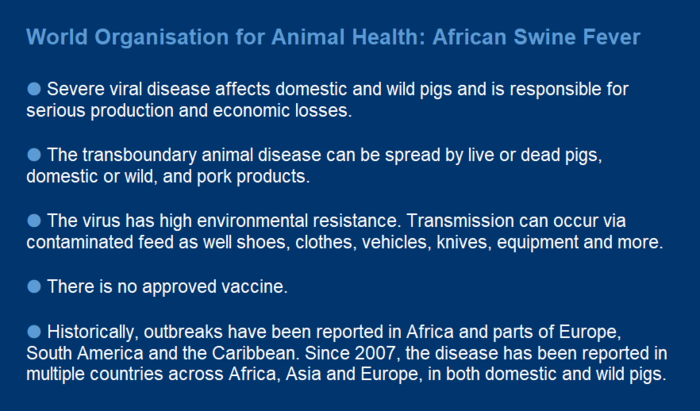