The United Nations’ nuclear non-proliferation treaty has been remarkable for limiting nuclear arms over the past 50 years, but three trends threaten those efforts. The first is slow breach of nuclear arms control agreements between Russia and the United States. The second is that nine known nuclear-armed countries are still spending a lot to modernize their own arsenals. The last one is the geopolitical risk arising from some nuclear-armed or possibly nuclear-armed countries, such as North Korea and Iran. Since the United States withdrew from Iran nuclear agreement in 2018, rising tensions and sanctions led by Washington have pushed Iran slowly to build its own nuclear power, which in turn might prompt the United States and Israel to take preventive actions to eliminate such risk. The Treaty on the Prohibition of Nuclear Weapons, an inspiring initiative approved by 122 countries, may not work because the nine nuclear states have refused to abide by it. Mutual deterrence among nuclear states was regarded as a better solution than signing agreements, but that might push other countries pursue their own nuclear power. – YaleGlobal

Read the article from the Financial Times about threats to arms control.

Tony Barber is Europe editor of the Financial Times. He is a former foreign correspondent in Austria, Belgium, Germany, Italy, Poland, the former Soviet Union, the US and the former Yugoslavia.

Read about the Treaty on the Prohibition of Nuclear Weapons. 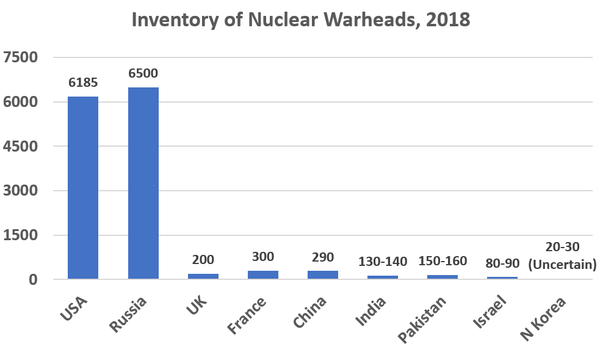