The US delayed a round of tariffs scheduled for China September 1. “The simple truth is that China’s share of bilateral trade with Belt and Road Initiative (BRI) countries, coupled with increasing trade with ASEAN, is more than compensating for any US trade downturn,” explains Chris Devonshire-Ellis for China Briefing. China advises its firms to find substitute markets. Some market adjustments could be permanent. “The big winners have been African and Latin American countries, many of which signed off on BRI MoUs last year.” China has a free trade agreement with the Association of Southeast Asian Nations, with no tariffs on 95 percent of goods, and Devonshire-Ellis reports that China-ASEAN bilateral trade is up 4.2 percent year-on-year. Indonesia, Singapore, Vietnam, Thailand and the Philippines benefit with more exports and higher economic growth. He goes on to note, “China has not yet made roads into Central America, so as not to overly push the US too far, but as Trump continues to build his wall with Mexico, these countries may feel better off under trade generated with Beijing rather than Washington DC.” Emerging economies may regard China, rather than the US, as the more predictable trade and diplomatic partner. – YaleGlobal

Read the article from China Briefing about China relying on trade with Belt and Road member states as substitutes for the US markets.

Chris Devonshire-Ellis is the Founder of Dezan Shira & Associates and Chairman of the firms International Board of Equity Partners & Directors. He advises multinational corporations and foreign governments on their investment strategies for China and Asia, and has expanded this in recent years to include the Belt & Road countries, particularly in regard to European integration with China’s “Belt & Road” initiative. 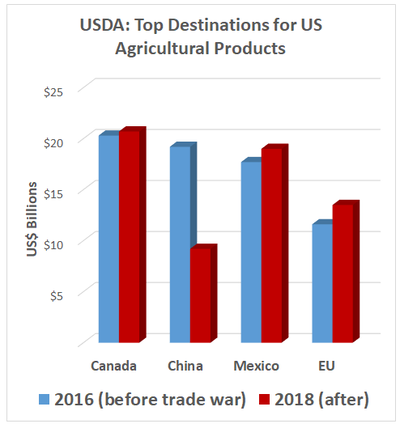 Authoritarians Fool the World, But for How Long?