Donald Trump does not tolerate criticism of his policies, wrongly equating support for him and his policies with love of country. On Twitter, he challenged four Democratic congresswomen who have lambasted the administration’s immigration policies, including overcrowded detention camps and separation of children from their parents. On Twitter, Trump urged the representatives to “go back” to the countries they come from. Three of the women are US citizens. Later, Trump tweeted, “IF YOU ARE NOT HAPPY HERE, YOU CAN LEAVE!” He maintains that the women hate America, and the congresswomen countered that the US president promotes white nationalism. They “vowed not to be baited into a sprint to the bottom with a president they condemned as racist, xenophobic, misogynistic and criminal,” reports Julie Hirschfeld Davis for the New York Times. Trump insists “many people agree” with him. A few Republicans agreed with Democrats that Trump owes the women an apology while others blamed both Trump and Democrats for the bitter exchanges. Both sides agree the president is attempting to rally his base, many disenchanted and fearful white voters, and distract voters from troubling policies and investigations The 2020 presidential election is more than 15 months away. – YaleGlobal

The US president accused four Congresswomen – vocal critics of his policies – of hating the US and he urged them to leave the country; they fired back
Julie Hirschfeld Davis
Wednesday, July 17, 2019

Read the article from the New York Times about four US congresswomen’s response to Donald Trump’s suggestion that they leave the country. 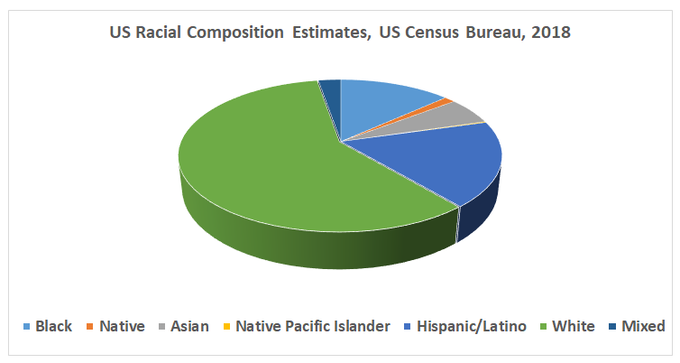 US demographics: Whites make up about 60 percent of the US population and analyts suggest Donald Trump’s divisive comments are aimed to attract voters

Crisis at the US Border