Trade has represented more than half of the United Kingdom’s GDP since 2005, reports the World Bank. Leaked government documents suggest that the country will contend with dire shortages of essential goods by leaving the European Union without a trade deal. Government officials suggest the country is preparing for the worst-case scenario. “Setting out a vision of jammed ports, public protests and widespread disruption, the paper said the forecasts compiled by the Cabinet Office set out the most likely aftershocks of a no-deal Brexit rather than the worst-case scenarios,” reports Reuters. The European Union negotiated a withdrawal agreement with former Prime Minister Theresa May and declines reopening negotiations with current leader Boris Johnson. “The United Kingdom is heading towards a constitutional crisis and a showdown with the EU as Johnson has repeatedly vowed to leave the bloc on Oct. 31 without a deal unless it agrees to renegotiate the Brexit divorce.” Brexit opponents in Parliament, representing a majority of members but split among political parties, explore maneuvers t to block withdrawal to challenging Johnson’s government, including legislation and a no-confidence vote. Parliament returns to session September 3. – YaleGlobal

Britain is preparing for a no-deal Brexit under the code name Operation Yellowhammer and the expectations of long lines, dire shortages and mass confusion
Kate Holton and William James
Monday, August 19, 2019

Read the article from Reuters about a leaked document suggested a no-deal Brexit will produce chaos in the United Kingdom.

Also read “Can Parliament Prevent a No-Deal Brexit?” by Mark Elliott from Public Law for Everyone. The answer is “yes,” but the process would require fast work and immense coordination. 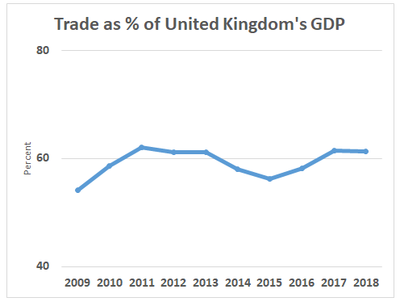