Comedian and actor Volodymyr Zelensky won Ukraine’s presidential election in a landslide, with some crediting his role as a fictional president in the television show “Servant of the People.” Zelensky's pattern of support upended a divide in place over the past 20 years. “Analysts often depict Ukraine’s politics as a constant struggle between a pro-European West and pro-Russian East,” explain Konstantin Ash and Miroslav Shapovalov for the Washington Post. “There’s more to this analysis. The Kiev International Institute of Sociology classifies Ukraine as having four macro-regions based on shared cultural, economic and historical ties: the East, West, Center and South.” The East has a large ethnic Russian population, and debate over closer alignment with Russia versus the European Union has long divided the nation. The writers describe how Zelensky, embracing neither a pro-Russian nor pro-nationalist agenda, won the Center and the Russian-leaning South, which represent more than half of Ukraine’s population. Zelensky focused on reforms – “simplifying the bureaucracy and tax code, attracting investment, prosecuting corruption and reining in the country’s oligarchic class, while also pushing for eventual membership in NATO and the European Union” – rather than war or language issues. The campaign offers lessons for candidates in other polarized nations. – YaleGlobal

Read the article from the Washington Post about the landslide victory of  Volodymyr Zelensky for Ukraine's presidency.

Read 25 quotes from Psychology Today about the virtues of humor, how it reflects priorities and boosts individuals and society, including an observation from former US President Dwight D. Eisenhower: "A sense of humor is part of the art of leadership, of getting along with people, of getting things done." 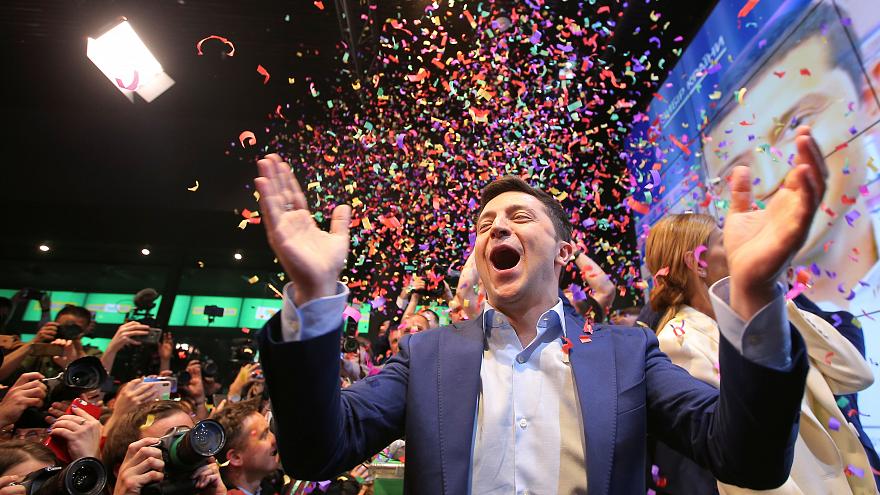 Ukraine and Russia: Peace, War and the Future

Near Abroad: Putin, the West and the Contest Over Ukraine and the Caucasus