Consumers gravitate toward low prices, and companies have sought low cost labor to compete. In the early 20th century, US companies relocated from union-dominated northern states to the South, and since the 1970s, manufacturing shifted toward China and other countries with low wages and standards. The Chinese owner of a car glass factory based in Ohio blames unions for a decline in US manufacturing. Cao Dewang, whose plant was featured in a documentary produced by Barack and Michelle Obama, suggests that US manufacturers, ready to relocate, resist modernizing plants. The US emphasis on design, research and finance reduces career interest in manufacturing. “While China’s official Communist ideology is based upon Karl Marx’s theories on workers taking control of the means of production, China has embraced a development model that favours capital over labour, which generated strong headline economic growth rates but has also increased the country’s income inequality to one of the highest levels in the world,” reports Zin Zhou for South China Morning Post.” Cao was interviewed by Beijing News. In the transcript, he warns that nations increasingly recognize the need to be competitive by reducing imbalances. He also adds that China must focus on reducing costs or risk erosion of its manufacturing base. – YaleGlobal

Chinese factory owner with plant in US blames labor unions for the decline in US manufacturing, and points to GM strike as an example
Zhou Zin
Monday, September 16, 2019

Read the article from South China Morning Post about warnings about unions from a Chinese owner of a company that is among the largest automaobile glass manufacturers in the world.

The rate of union membership in the US manufacturing industry has declined since 1983 when such records began. US companies increased investment, sales and employment in overseas markets, which also gradually increased US employment since the late 1990s. Other industries have a higher rate of union membership than manufacturing, including government and transportation. 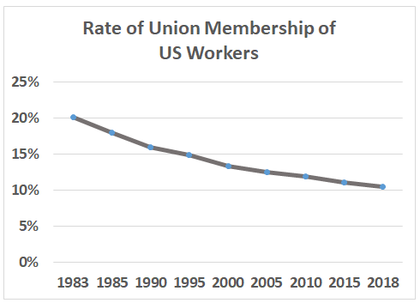 (Source: US Bureau of Labor Statistics) 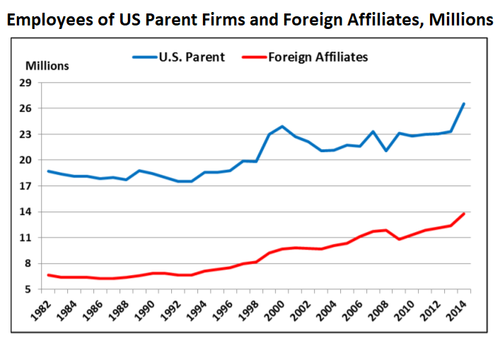 (Source: US Direct Investment – Trends and Current Issues, US Congressional Research Service, and Department of Commerce) 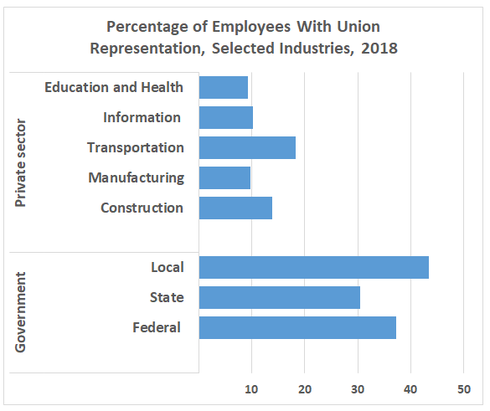 10 Quick Facts on US Trade

Why Do People Oppose Globalization?