United States to North Korea: We Now Have a Pre-Condition

United States to North Korea: We Now Have a Pre-Condition

US demands that North Korea dismantle its newly revealed weapons program before any talk
James A. Kelly
Thursday, December 12, 2002 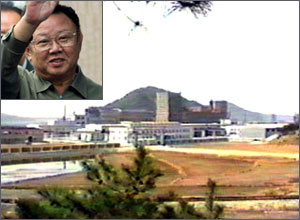 During my visit to North Korea on October 3-5, top North Korean officials acknowledged the existence of a covert uranium enrichment program. Ironically, the North Koreans sought to blame their own misbehavior, which constitutes a fundamental violation of the Agreed Framework's goal of a non-nuclear Korean Peninsula, on the alleged "hostility" of the U.S. Government. When I pointed out, however, that we had recently learned that the North Koreans had been pursuing an HEU program [Highly enriched uranium as fissile material for a nuclear bomb] for more than two years, even as very senior U.S. officials were holding talks with Kim Jong Il personally, [US Secretary of State Madeleine Albright's visit to Pyongyang] North Koreans concluded by telling me that they regarded the Agreed Framework as "nullified." Given their actions, that is one North Korean statement that stands on its own.

How did we get to this stage? It's instructive to put this development into the perspective of the last two years of our relations with the DPRK. When the Bush Administration began in January 2001, we instituted a comprehensive review of our foreign policy toward East Asia, including North Korea. At the conclusion of this review in June 2001, we agreed to speak to the North Koreans "any time, any place, without pre-conditions."

It was not until almost a year later that North Korea evinced any interest in a dialogue with us. But talks planned for July 2002 had to be postponed due to a North Korean attack on South Korean naval vessels that resulted in the death of South Korean sailors.

In the meantime, last summer we received conclusive information that North Korea was pursuing at a substantial level a highly enriched uranium, or "HEU," program to manufacture nuclear arms in spite of its commitment under the terms of the 1994 Agreed Framework. We now had a precondition.

Thus, in my initial meeting with Vice Foreign Minister Kim Gye Gwan on October 3 in Pyongyang, I stated that the United States now had a pre-condition to further engagement - that the DPRK's uranium enrichment program be dismantled immediately. I told the North Koreans that we had been prepared to present a "bold approach" to improve bilateral relations.

This was a policy that President Bush had developed in consultation with our allies. We had been ready to take significant economic and diplomatic steps to improve the lives of the North Korean people if North Korea altered its behavior on a range of important issues. But given the fresh information of nuclear weapons development efforts, I told my North Korean interlocutors that this approach was no longer possible without action on their part.

I did not confront the Vice Foreign Minister with specific evidence of their uranium enrichment program, but I was emphatic that the U.S. knew the program was being aggressively implemented and it was a serious violation of international agreements. I asked the North Korean government to weigh its response carefully.

At first, my counterpart angrily denied that the DPRK had an HEU program. He dismissed my statement, claiming it was a fabrication, but later, of course, the North Koreans took another line.

My last meeting in Pyongyang was with First Vice Foreign Minister Kang Sok Ju, who surprised me by making it quite clear, even before I was able to make my presentation, that North Korea was proceeding with an HEU program and that it considered the Agreed Framework to be "nullified." As I mentioned, he tried to blame this situation on U.S. policy under the current Administration, but made no response when I pointed out that the HEU program began well before the current Administration.

I want to be clear that North Korea's covert nuclear arms program violates its explicit written commitments. These are contained not only in the Agreed Framework, but also in the Nonproliferation Treaty, North Korea's safeguards agreement with the International Atomic Energy Agency, and the Joint North-South Declaration on Denuclearization of the Korean Peninsula. Since my visit to Pyongyang, we have been engaged in extensive consultations with our friends and allies to bring maximum diplomatic pressure on the North to abandon its nuclear ambitions. Our consultations have born fruit with a series of strongly supportive international statements calling on the DPRK to eliminate its HEU program immediately and verifiably:

* On October 25, a statement issued by President Bush and President Jiang Zemin of China at Crawford, Texas.

* On October 26, a trilateral statement issued by President Bush, President Kim Dae-Jung, and Prime Minister Koizumi at the APEC meeting in Mexico.

* On November 14, a statement issued from the Executive Board of the Korean Peninsula Energy Development Organization (KEDO), which consists of representatives of the EU, Japan, South Korea, and the U.S.

* On November 19, an EU Council statement

* On November 29, an IAEA resolution on the implementation of safeguards in the DPRK

* On December 2, a declaration issued by Presidents Putin of Russia and Jiang Zemin of China.

These are only some of the many statements that the international community has made on the issue. Clearly, diplomatic pressure is building for North Korea to change course. We hope that North Korea will respond positively. But we are not advocating a return to the status quo ante. At the same time, we have no intention of bargaining with North Korea or offering inducements to convince the regime to live up to the international treaties and agreements it has already signed.

James. A. Kelly is Assistant Secretary of State for East Asian and Pacific Affairs. This article is adapted from his remarks at the Woodrow Wilson Center on December 11, 2002.