So much of politics depends on appearances and voter perceptions rather than evidence. Proceedings resume January 21, and surprises emerged beforehand. Ukraine accused Russia of hacking into Burisma, a firm targeted by Trump associates for wooing the son of a former US vice president for board service. Lev Parnas, accused of campaign irregularities, turned over emails, photographs and other records of his work in Ukraine with the president’s personal attorney Rudy Giuliani. The goal, according to Parnas: Compel Ukrainian leaders to influence the US presidential election by announcing an investigation of a son of a Donald Trump’s leading political rival, Joe Biden. Ukraine announced an investigation into reports of surveillance of the former US ambassador of Ukraine. The US Government Accountability Office announced that Trump’s hold on congressionally approved aid violated federal law. Bernstein warns of political dangers, whether Republicans’ ignore evidence, supporting a cover-up, or Democrats base their case on false evidence. Trump surrounded himself with many characters whom he now calls liars and unscrupulous He also blocked numerous witnesses and documents for the proceedings. Despite keen global interest in the trial, Senate leadership is limiting media access. Senators may have made up their minds, but still must worry about more ugly details emerging and just how voters and history will assess their judgment. – YaleGlobal 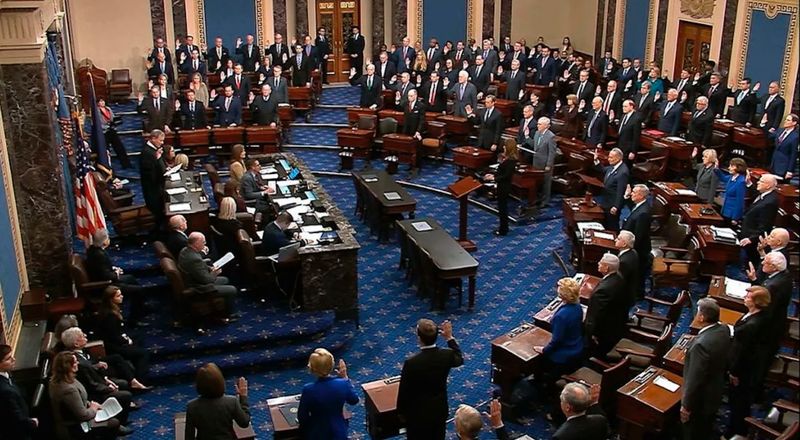 Read the essay from Bloomberg about the political perils of surprises in the Trump impeachment trial.

- A report on Russians accused of hacking Burisma, the Ukrainian gas company, from the New York Times.

- Documents of Lev Parnas, who worked with Trump personal attorney Rudy Giuliani, released by the US House of Representatives and provided by CNN.

- A report from the National Review on Ukraine announcing an investigation into surveillance of Marie Yovanovitch, former US ambassador to Ukraine, targeted by Trump associates, including a Republican candidate for Congress and Trump donor.

- A report from the Washington Post about a Government Accountability Office finding that “the Trump administration broke a law that governs how the White House disburses money approved by Congress by withholding $214 million worth of  equipment, training, and other support to help Ukraine in its battle against Russian-backed separatist forces.” 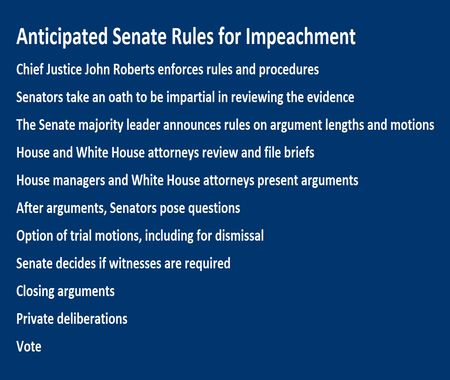 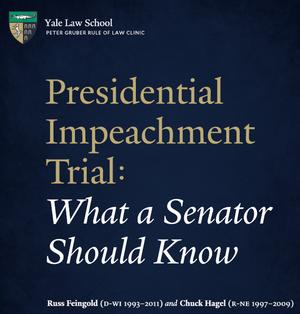 The Peter Gruber Rule of Law Clinic at Yale Law School published a memo on impeachment by former US senators Russ Feingold  and Chuck Hagel: “Presidential Impeachment Trial: What Every Senator Should Know.” The memorandum provides guidance on Senate rules and senators’ obligations during the trial, reports Yale Law School.

The memo also notes: “While a Senate majority could invoke the procedural tactics of adjournment or a motion to dismiss to cut short trial proceedings, it would be inconsistent with both Senate precedent and constitutional duty for senators to cut an impeachment trial short.”

Impeachment and the World: Project Syndicate