Supporters of an Iraqi militia surrounded the US Embassy in Baghdad and breached a gatehouse. The United States held off the group with teargas and blames neighboring Iran for the unrest. After a rocket attack killed a US contractor, the United States responded with airstrikes on five compounds in Syria and Iraq held by the Kataib Hezbollah militia, reports Larry Kaplow for NPR. “U.S. officials have said that for months Iraqi militias – backed by Iran – have been firing rockets into Iraqi military bases where some U.S. troops and contractors are also stationed,” he writes, adding that the incident is unrelated to massive protests in October that oppose inequality, corruption and Iranian influence. Kaplow points out that Iraqi security forces “appeared to go easier” on the militia intrusion than popular protests, even allowing them into the protected Green Zone. He also suggests that the US airstrikes redirected anger over foreign influence away from Iran toward the United States. Iraq’s prime minister resigned in November. The United States has 5,000 troops in Iraq and continues efforts to stabilize the fragile government, even as US political leadership focuses on the Islamic State and Iran as a security priorities. – YaleGlobal

Supporters of Iranian-influenced militia surround US embassy in Baghdad; and the US, focused on the Islamic State and Iran, struggles to stabilize Iraq
Larry Kaplow
Wednesday, January 1, 2020

Read the article from NPR about a protest at the US embassy in Baghdad.

Larry Kaplow edits the work of NPR’s correspondents in the Middle East and helps direct coverage about the region. 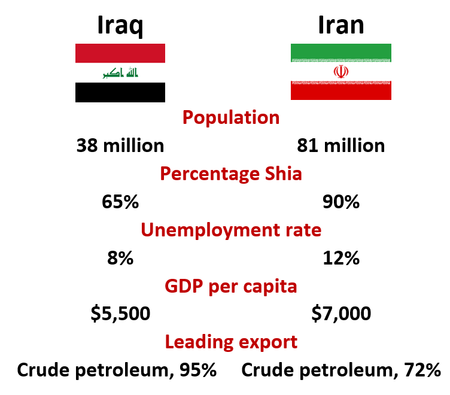