Donald Trump issued an executive order in June, urging departments to consider eliminating a third of the country’s advisory panels. Steps have been taken to disband two: the Marine Protected Areas Federal Advisory Committee run by the National Oceanic and Atmospheric Administration and the Invasive Species Advisory Committee run by the Interior Department. Such panels are typically staffed by experts and scientists. The panel on marine areas' protection "advises NOAA on ways to strengthen the country’s marine protected areas and identify challenges facing them,” explains Miranda Green for the Hill. She reports the US has more than 1,700 protected marine areas covering more than 40 percent of marine waters. US officials have suggested the areas could be used for commercial fishing and energy exploration. The other advisory board’s role was “to oversee efforts to prevent illegal imports at ports of entry of invasive species to the U.S.,” Green reports. She describes that panel’s warnings about ineffective coordination among agencies for screening for invasive species. Reasons given by officials include funding constraints, a need to “use government resources more efficiently” and other advisory boards ready to resume responsibilities. – YaleGlobal

The White House eliminates advisory boards for marine life, invasive species - and mulls shutting down as many as a third of such scientific panels
Miranda Green
Sunday, October 6, 2019

Read the article from the Hill about the end to US advisory panels on marine protection and invasive species.

Miranda Green is a reporter for the Hill.

“An invasive species is a nonnative (also known as an alien) species that does or is likely to cause economic or environmental harm or harm to human health. The human-mediated spread of species has occurred throughout history. However, as society has become more globalized, opportunities for the spread of nonnative and invasive species have increased (e.g., trade shipments can carry species and introduce them to many different regions of the world)…. Invasive species include terrestrial and aquatic plants, animals, and microbes.” 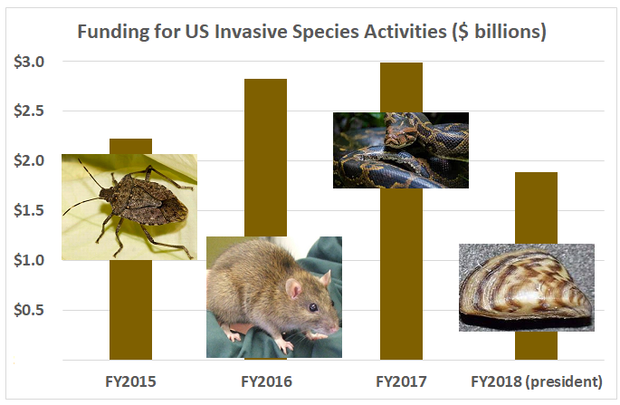