The United States used a drone to kill a group of Iranian commanders in Baghdad, including Maj. Gen. Qasem Soleimani, a powerful and popular leader of the elite Qud Force. “After a week in which frictions between the two countries had sparked a siege of Baghdad's U.S. Embassy by supporters of an Iranian-backed militia, Thursday's airstrike appeared to be aimed at crippling a force that has been the vanguard of Tehran's decades-long effort to shape the region in its favor,” reports Louisa Loveluck for the Washington Post. Under Soleimani’s command, “the force built alliances across the region by paying for weapons and providing strategic guidance.” Iran has vowed revenge and a “crushing response.” Embassies and personnel in the region are on alert. The United States has been in a proxy conflict with Iran since withdrawing from the Iranian nuclear deal, the Joint Comprehensive Plan of Action, in 2018. Iraqi leaders have tried to prevent their country from becoming a center for such conflicts, and US leadership had signaled a desire to withdraw from the region before Iranian-backed militias targeted the US embassy with violent protests in late December. Analysts expect that Iraq could take steps to curtail the US troop presence. The US secretary of state said the United States remains “committed to de-escalation.” – YaleGlobal

Read the article from The Washington Post about the US drone strike on a top Iranian commander.

Louisa Loveluck is the Baghdad bureau chief for the Washington Post. 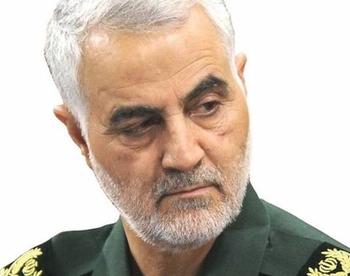