Philippine President Rodrigo Duterte announced he delivered notice of ending the Visiting Forces Agreement with the United States, triggering a 180-day waiting period. Duterte expressed concern about visa revocation of an official who ran that country’s harsh crackdown on illegal drugs. The two countries have been allies since 1951 under the Mutual Defense Treaty, and ending the agreement that allows large numbers of troops and equipment to enter the Philippines will have regional implications. Prashanth Parameswaran suggests that termination could be “the biggest actual threat” to the alliance since Duterte took office, especially as countries raise alarm about Chinese aggression in the South China Sea. Without the “collaboration, interoperability, and capacity-building” of US troops, the alliance would be “neutered,”warns Parameswaran. “For Manila, this would degrade a significant source of security that it has continued to rely on even as its military capabilities remain limited and the threat posed by China remains real in spite of Duterte’s much-ballyhooed charm offensive to Beijing.” The move could heighten uncertainty about other US initiatives, including its Indo-Pacific strategy. The Philippines could yet reconsider, with diplomacy or new conditions. – YaleGlobal

Duterte services notice to the US of ending the Visiting Forces Agreement – a move that could increase Chines ambitions in the region and heighten tensions
Prashanth Parameswaran
Friday, February 14, 2020

Read the article from The Diplomat about the implications of an end to the US-Philippines Visiting Forces Agreement.

Prashanth Parameswaran is senior editor at The Diplomat based in Washington, D.C., where he produces analysis on Southeast Asian political and security issues, Asian defense affairs, and U.S. foreign policy in the Asia-Pacific. 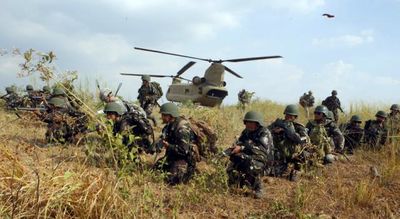 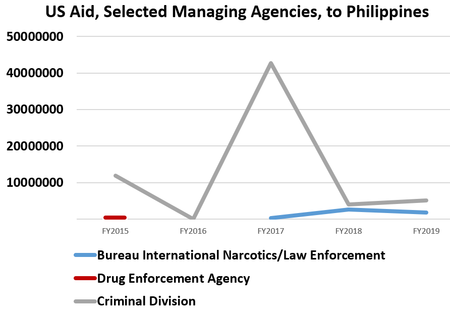 Change of heart: US aid briefly targeted drugs in the Philippines; President Rodrigo Duterte sent notice to end the Visiting Forces Agreement after a rider was attached to a US appropriations bill, condemning the brutality and imposing sanctions, including visa revocation for a former police official and Duterte ally   (Source:  ForeignAssistance.gov)

Standoff in the South China Sea