As the US Reached the Moon, So Did the World: DW

Around the world, many still feel chills remembering the reports from July 20, 1969, that two men had landed and walked on the Moon. Zulfikar Abbany, writing for Deutsche Welle, describes how the American story is “a Cold War story, too — of a Free World against a closed, communist world. And in that sense, it's a global story.” The Apollo space program relied on engineers, technicians and companies from around the globe. Two NASA tracking based in Spain and Australia, and the Madrid monitored the landing site and the astronauts’ data when the Moon was not visible for those at Houston headquarters. Madrid was the station on duty when the landing took place, and the station near Canberra took over tracking data for the walk. The achievement inspired countless citizens around the world to pursue exploration and science, demonstrating the value of setting big goals that require global and peaceful cooperation. – YaleGlobal

As the US Reached the Moon, So Did the World: DW

The US mission to land on the Moon – the Apollo program – relied on a global network of tracking stations and engineers
Zulfikar Abbany
Saturday, July 20, 2019

Read the article from Deutsche Welle about global support for the Apollo 11 space mission to the Moon. 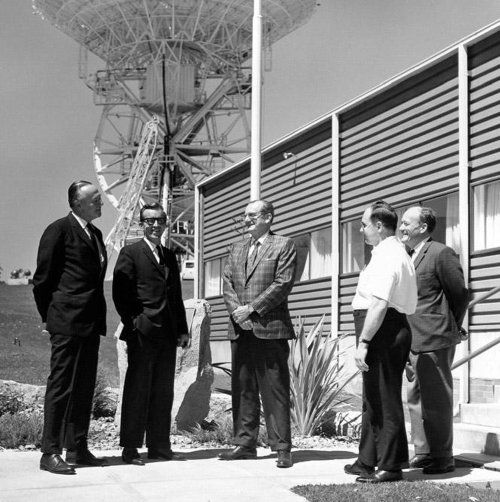