US President Donald Trump has signed an executive order extending travel restrictions for citizens of six countries including Eritrea, Kyrgyzstan, Myanmar, Nigeria, Sudan, and Tanzania. Previous orders restricted travel for Iran, Libya, Somalia, Sudan, Syria, and Yemen as well as Chad, North Korea and Venezuela. Nigerians express concern about blocks on family members, and current visa holders suggest that non-immigrant visa applicants may pose greater threat, yet receive less scrutiny. “In 2018, Nigerians were issued a total of 7,922 immigrant visas, the second highest among African nations,” reports Al Jazeera. “Over half of that number went to immediate relatives of US citizens.” Immigrant lawyers advises visa holders from listed countries to avoid travel outside the United States. Nigerian officials suggest they were “blindsided” by the ban, but are working to improve security measures. The new ban is scheduled to go into effect February 21. – YaleGlobal

Nigerians say the new US travel ban for their country is unfair and prevents thousands of Nigerian Americans from seeing their families
Shayera Dark
Thursday, February 6, 2020

Read the article from Al Jazeera about a new US travel ban for six countries.

Shayera Dark is a writer whose work has appeared in LitHub, OkayAfrica and aKoma, and she is working on her first novel. 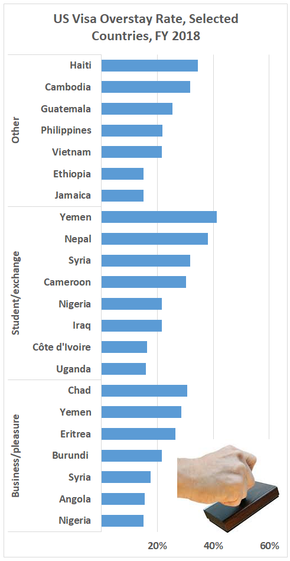